What should investors be aware of during times of geopolitical strife and conflict, how are various different asset classes effected by these events? 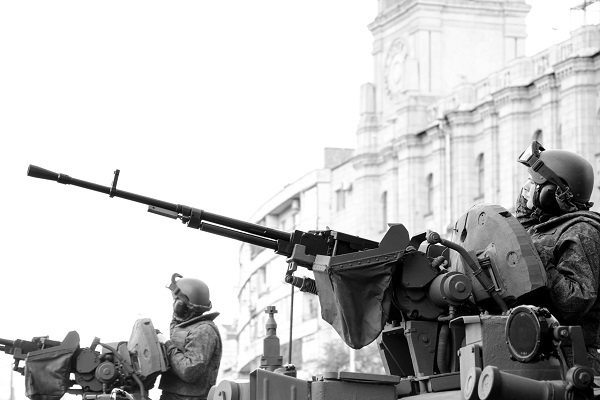 It can be said that the beginning of the 2020s is going to be looked back on by historians as century defining. A global pandemic, inflation reaching a 30 year high and the tragedy of the largest conflict in Europe since World War 2 has meant that financial orthodoxy has taken repeated long term hits. For this article we will examine the current Ukraine - Russia conflict and see how the repercussions are impacting various investment classes.

On 24 February, the markets experienced a mass sell off due to investor confidence plummeting as Russian forces invaded Ukraine’s borders. While the markets seem to be returning, there is serious long term damage. Already an initial barrage of sanctions have begun wreaking havoc on the Russian economy, with their own stock markets have seen 33% in value wiped in a single day.

Over the next few weeks, the sanctions are likely to increase in severity, with many anticipating that companies who receive over 4% (which is most large companies) of their revenues from Russian markets will suffer from this loss. Furthermore international investors may be hesitant to place their capital within western markets, if it is shown that Western governments take a hardline approach to investors in autocratic nations that upset the current geopolitical system.

The ultimate economic doomsday trigger was pulled when Russian banks and individuals were removed from Swift, preventing Russians from transferring money internationally. Now that this trigger has been actioned by NATO, then other countries will rapidly take note, potentially leading to a greater adoption of China’s rivalling Cips system or Russia’s own SPFS system. This could further rupture the global financial system causing untold chaos due to it lessening the strength of the dollar as a reserve currency.

While stocks may recover in the short term, there are much deeper issues on the horizon contributing to a potentially unstable future. Time will tell as further sanctions roll out over the next few weeks and the conflict inevitably increases in intensity.

For UK investors in property this conflict is particularly troubling as it could increase mortgage costs. This is in response to the rising inflation rates and increasing price of natural gas globally, forcing the Bank of England to bring forward rate rises, pushing the mortgage rates to double what they were at the end of 2021.

This would lead to a huge slowdown in the UK property market, wreaking further havoc on property investors. It comes as no surprise that the initial impact of this conflict and sanctions is the withdrawal of Russian money from the UK’s largest property markets such as London, Manchester and Liverpool, further impacting investors.

Over the weekend the UK government is also expanding its powers to target foreign property owners who cannot prove a legitimate money trail. While many of these laws have existed since 2018, there have been few cases where the rules were enforced. However, with the conflict now expanding the government has acted to remove many of the previous bureaucratic restrictions and greatly expand the National Crime Agency's powers. How much of London’s property is owned by these actors is unknown, but even just a few high profile repossessions can have a domino effect on prices.

All of this will lead to a cooling in house price rises, making property a less attractive investment class due to its already high entry point and enormous upkeep costs.

While benefiting from its outsider status initially, due to many purchasing coins as a way of securing their funds outside of traditional financial institutions, in the long term this could be devastating.

Already much tougher regulations are coming in the US on cryptocurrencies, with talks of some form of stricter taxation on digital currencies. However, if large amounts of Russian money are being transferred into cryptos, this could lead to an even more extreme crackdown in reaction and erode consumer confidence even further.

Ultimately much heavier regulations and taxation are coming to cryptocurrencies, although this conflict could cause a monumental shift in legislation and public perception.

The traditional port in the storm anytime there is economic or political instability, due to the fact that they sit outside of conventional financial markets. Already the price of gold has been increasing since the beginning of hostilities in Ukraine. Meanwhile other categories such as whisky look to provide greater returns for investors due to the ongoing fertilizer and barley shortages caused by the conflict driving up the prices of scotch.

The other key benefit to luxury assets during times of conflict is that while there might be a hit due to sanctions cutting off Russian markets, the impact is heavily minimised. This is because unlike non-tangible assets such as stocks and crypto currencies, luxury assets are not dependent on perception and instead by real world consumer demand. In addition they rise with the rate of inflation, avoiding many of the issues with further global instability.

In the end, the most important strategy for any experienced investor is a diverse portfolio. When the world passes through such tumultuous times, those who achieve the greatest returns are those who have wisely spread their capital across a variety of asset classes.

If you are interested in adding luxury assets to your current portfolio, contact us using the form below.