While English whisky is a new category, what makes it so great and is it a good choice for cask whisky investors? 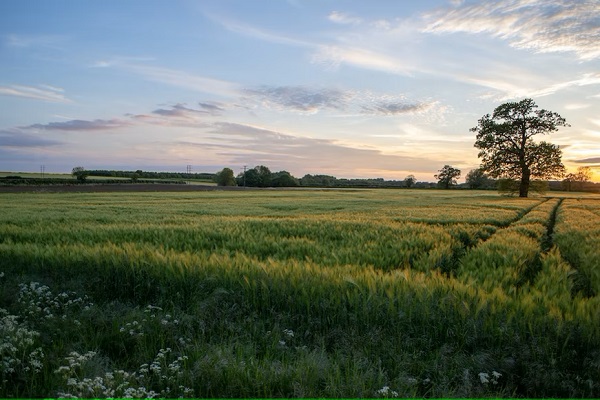 Across the world the number of whisky distilleries are on the rise, from the lush subtropical forests of Tasmania to the cold north of Finland. This explosion in the global whisky industry has resulted in an extraordinary evolution in the variety of drams. One such region that has begun to produce its own whiskies, is England itself. While Scotland and Ireland have traditionally been seen as the heart of whisky within the British Isles, England has slowly been releasing their own whiskies to critical acclaim.

The emergence of whisky distilleries in England is not a new phenomenon, over a century ago sites in London, Liverpool and Leeds were busy producing whisky for both blending and as single malts. However, by 1905 the last of these distilleries had closed due to the economic downturn at the dawn of the 20th century. These distilleries had a much greater focus on producing grain whiskies on industrial scales, due to their locations at busy ports which allowed for easy shipping to other whisky producing regions.

It would not be until 2005 that a whisky distillery would once again arise in England, led by the aptly named The English Whisky Company. After obtaining their government licence, construction began on the site, replacing the salty sea cliffs and dramatic moors of the Highlands with the rolling green hills of Norfolk. Named the St. George’s distillery after the patron saint of England, this family run operation has released a number of beautiful expressions ranging from 4 to 12 years old.

Many other distilleries have arisen since then, many of which are gin distilleries looking to expand their horizons to whisky. In recent years craft gin has been at the forefront of the English spirits market, having raised the profile of gin from a basic spirit which was only mixed with tonic to a vibrant and dynamic liquid with a boundless horizon of expressions. It is no wonder then that the excitement is palpable for these ‘mavericks’ to try their hand on the new frontier of English whisky.

Unlike scotch, English whisky is not at present bound by any restrictions, other than a minimum maturation period of three years. This has led to far more experimental releases, such as cognac inspired expressions with the casks being constantly sampled and switched between different barrels over their lifetimes. While a somewhat sweeping generalisation, English whiskies tend towards the lighter and fruitier end of the scale, similar to popular Speysides, which is why innovation is so important for them. Of note are the Cotswolds Distillery, The Lakes Distillery and White Peak Distillery.

In 2022, English whisky is having its strongest year yet, with industry analysts forecasting a 418% increase in sales by next year. In May a group of 15 distilleries founded the English Whisky Guild (EWG), a trade body which helps to protect and promote the interests of the fledgling industry in a manner similar to the Scotch Whisky Association. The EWG has pressed the UK government to submit a Geographical Indication for English whisky, further increasing its legal protections and defining the traits of English whisky in law. In November, the first in person English Whisky Festival is taking place in Birmingham.

In terms of investment, English whisky certainly has potential, although caution must be taken. As with any newly formed whisky industry, the lack of older casks can make the data skew heavily. Therefore time will tell whether English casks have the same investing power as scotch and Japanese whiskies. If you are a whisky collector meanwhile, then English whiskies we highly recommend, there’s some fantastic expressions being released and the small scale of production heightens the rarity of these casks.

If you wish to find out more about whisky cask investing or collecting, feel free to get in touch with us and speak to one of our experts.