How Does the Ongoing Fertilizer Shortage Impact the Value of Your Cask? 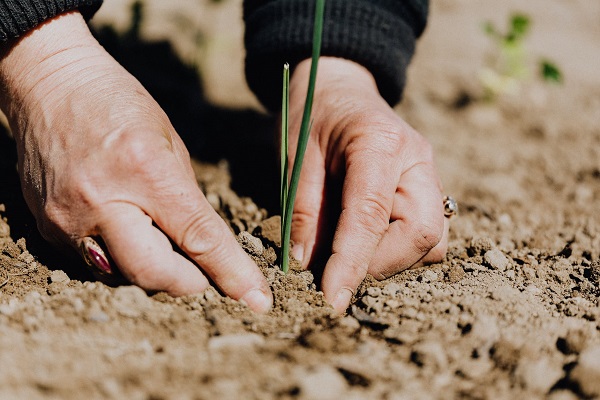 If you asked any Scottish barley farmer what one of the main issues impacting them is, it would be the increased costs of fertilisers. In 1963 a 20-10-10 fertiliser compound was £14 per tonne, in 2021 this has risen to £700 per tonne. While you might assume this is a normal part of the rising inflation across the globe, there are a number of other factors that are turning this into a crisis.

Out of all the discoveries of the 20th century, perhaps the most important is the Haber Process, the method by which ammonia based fertilisers are produced. The Haber Process allowed for crop yields to explode allowing humanity the ability to feed billions of people. However, this has meant that nowadays farmers are heavily reliant on fertilisers in order to match the exorbitant demand.

Barley is one of the principal crops for the production of scotch whisky, being integral to the entire malting process. Any increase in the costs involved in growing barley, is going to increase the production costs of scotch, limiting the overall amount of liquid produced by distilleries. This means that for investors sitting on casks, the value of their portfolio will rise in response to these trends.

Why is there a fertiliser shortage?

A confluence of factors have fed into this crisis. Firstly, surging energy costs have led to less natural gas being available for fertiliser producers. Hurricane Ida devastated the Gulf Coast, severely hampering the USA’s ability to produce natural gas, causing several large fertiliser companies to halt and declare force majeure. The US is the third largest producer of fertiliser on the planet with many nations dependent on their fertiliser exports to grow crops. Local UK producers have also felt this squeeze resulting in two of the largest closing four months ago.

Secondly, China has suspended all fertiliser exports until June 2022, meaning that Scottish Spring Barley farmers will have already planted by then. This is especially troublesome because China produces one third of all the world’s fertiliser, meaning at the start of 2022 farmers across the world will struggle to get the required fertiliser. This has been enacted to guarantee their own domestic food supply, leaving Scottish farmers to be priced out of the market.

Further adding to woes is the fact that on December 1, 2021, Russia followed China in announcing a restriction on the export of nitrogen and phosphate fertilisers. The increasing tensions between Russia and NATO is likely to exacerbate the situation.  Russia is the fourth largest producer of fertilisers, in fact out of the top 4 only India has been able to reach normal production levels last year.

So what does this mean for whisky cask investors?

If distilleries are not able to produce as much scotch, then the value of casks will appreciate due to the increasing scarcity of whisky. Holding scotch casks from this period will mean 10 years down the line, you will have a much rarer cask in your portfolio in comparison to normal years. If this crisis isn’t resolved soon, the effects could be even greater as limited fertiliser stocks are moved from barley production to staple food crops such as corn, wheat and potatoes.

If you wish to find out more about investing in cask whisky and the current market climate, contact us today using the form below.