How is Scotch a Sustainable Investment?

How can I be sure that my investments are not leaving the Earth a worse place? Find out why scotch cask investing represents one of the more sustainable choices for investors. 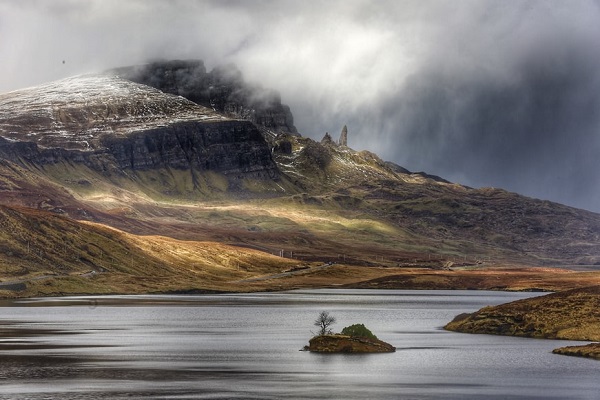 Recently investors have been regarding their portfolio choices through an environmentally and socially ethical lens. A staggering 86% of millennials and Gen Z’ers said that sustainability was important in deciding where to invest. This is why there has been a growing backlash against cryptocurrencies due to the huge amounts of energy required during the mining processes and the carbon footprint of such investments. In this article we will discuss the ways that scotch investing is helping to leave a more positive impact on our world.

Firstly the scotch industry is one of the largest employers in some of the most rural areas of Scotland. A total of 42,000 people across the UK are employed directly in the industry, with its huge export value creating even more jobs in periphery industries. However, the minimum three years it takes for whisky to mature can mean that distilleries, particularly new founded ones, may be without income for that initial few years. This is obviously a tenuous time for these businesses, which is why they sell some of their casks to investors.

The purchase of casks by brokerages gives them the cash to keep afloat and ensure the long term careers of their staff. Investors help to safeguard the industry so that new and old distilleries alike can continue to operate and provide employment to communities across Scotland.

Next is that the scotch whisky industry is actively involved in preserving the natural landscape of Scotland. In the past the areas surrounding distilleries were often heavily polluted, with their coal fired burners and the dumping of waste products into the rivers causing enormous amounts of environmental damage.

However, this was not to last since the industry realised that so much of scotch’s character comes from the natural beauty of Scotland. The purity of the water that is used in the production of whisky is of huge importance to modern distilleries and the scotch industry has often supported initiatives to ensure the cleanliness of Scottish waterways.

Furthermore, peated whiskies are reliant on peat bogs, which are incredibly rare due to the very specific climatic conditions required for them to form. Peat bogs have been in decline for centuries due to the need for peat as a source of fuel and the demands of the agricultural sector for land. Times have changed as now most peat bogs are highly protected ecosystems, with many distilleries leading the charge on protecting the coveted material and ensuring that peat is sustainably harvested.

Since 2008 the scotch industry has made significant progress towards their goal of being carbon net zero in 2040, with them having already halved their CO2 emissions. The Scotch Whisky Association received United Nations recognition for its commitment to sustainability, becoming the first UK food and drink trade association to be recognised as a Race to Zero partner. In fact by the end of this year two distilleries will have been operating carbon neutral, with more to come in the following years.

Much of the ingredients used to produce the scotch placed in casks is produced in Scotland. Around 90% of barley requirements of the industry are sourced within Scotland, saving on travel carbon emissions.

Ultimately it is vital for the scotch industry's long term survival to protect the wilds of Scotland. Investors can be content in knowing that their investment assets are not actively harming the environment unlike some other asset classes.

If you wish to find out more about whisky cask investing contact us today using the form below.