Know Your Casks: The Differences Between Hogsheads, Butts, Barrels and Quarters

Find out the differences between the different casks that are used to mature scotch whisky in and how it contributes to the overall profile of the scotch. 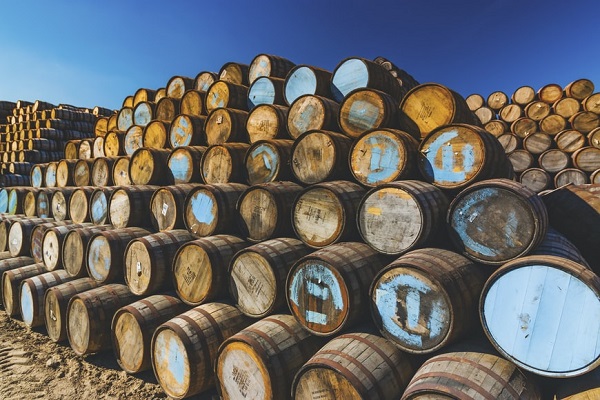 Scotch whisky is always matured in wooden casks, with many different types of cask contributing to the different flavours and profiles of the scotch. For the savvy whisky investor knowing the difference between the various types of casks can be useful in understanding the product that is contained within your scotch investing portfolio.

To even be considered scotch whisky, the liquid must be matured in Scotland for at least three years according to UK and EU law. However, the casks themselves are far more international in nature with most originating in either the US or Spain. Often these casks began their lives holding sherry or bourbon, thus most scotch whisky casks are second-filling in order to impart the rich notes of the previous holding.

Over 90% of the maturing scotch malt whisky stocks are aged in American Oak (Quercus alba), rather than European Oak (Quercus robar) or Spanish Oak ( Quercus falcata) due to American Oak’s pores being much denser. This means that the amount of liquid that evaporates, ‘The Angel’s Share’, is less than its European counterpart. The main reason that American Oak is used, however, is simply the matter of accessibility. American White Oak bourbon casks are more common simply because the law dictates that bourbon can only be matured in fresh casks, and only using American Oak. This means there is a much greater availability of bourbon casks over sherry, with well established supply lines between the American bourbon and Scottish whisky industries.

So what are the differences between the types of barrels and how can you tell them apart?

The gold standard for bourbon distilleries and the most commonly used for scotch production. The ASB holds 200 litres (52 gallons) of liquid, this cask is required by law to be made of American oak, with most of the wood being sourced from the misty slopes of the Ozark or Appalachian mountains. The wood must also be charred before usage and will only ever hold one filling of bourbon, as mentioned earlier, before it is sold on to be used for scotch whisky. The bourbon and American Oak combine to create a more ‘vanilla palette’ with a more golden colour.

The legendary hogshead cask is the second most commonly used cask for scotch maturation. Being larger than the ASB, holding approximately 250 litres (55 gallons), the hogshead due to its versatility allows it to hold a wide variety of other spirits, wines and ales before moving to maturing scotch. The vast majority in their previous lives often held sherry, despite normally being made of American Oak. Their greater size makes them better optimised for longer periods of maturation. Depending on the spirit contained there can be a wide variety of profiles from a Hogshead.

The largest out of the three we are examining today, holding around 500 litres (109 gallons). Tradition dictates that butt casks are made out of Spanish Oak and are most commonly used by the sherry industry, however today American Oak butt casks are becoming more popular. Due to the sherry previously held this often imparts a more fruity flavour and a ‘redder’ colour to the scotch.

The smallest sized cask used in the scotch whisky industry, quarter casks hold around 45-50 litres. They get their name from the fact that they are a quarter of the size of a ASB, but they maintain the same dimensions. Due to their smaller size, the wood to liquid ratio is much higher, therefore the maturation process is much faster. Because of the fact that scotch needs to be matured inside a cask for at least three years, the accelerated maturation process of a quarter can be problematic. Instead in the scotch industry, quarters are generally used to finish casks.

While Hogsheads, Butts and ASBs are the most common out of the casks used in scotch whisky maturation there are many others including Puncheons, Port Pipes, Barriques and Madeira Drums. The key points to remember for cask whisky investors are:

If you are interested in finding out more about whisky maturation and what different casks mean for scotch investors, reach out to us today using the form below.