Which are the Oldest Whisky Distilleries in Scotland?

Find out more about the oldest whisky distilleries in Scotland in our latest article. 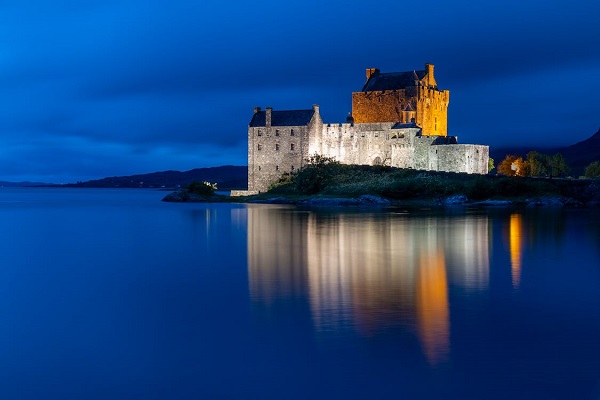 The history of scotch stretches back at least to the 1400s, with the earliest mention of scotch whisky dated to 1494 in tax records from the time. However, no distilleries survive from this period. In this article we will examine the oldest surviving scotch whisky distilleries, journeying through time to see how they survived and thrived over the centuries.

Founded in 1797 - the same year Mary Shelley, author of Frankenstein, was born.

The youngest distillery on this list, Glen Garioch is located in what is known as "The Granary of Aberdeenshire", famed for producing the best barley in Scotland. Founded by Alexander Manson, this distillery would have many different owners throughout the first half of the century before coming back to Manson family ownership in 1834.

This family ownership would continue until 1886, when the distillery was purchased by William Sanderson, who already owned the North British distillery. Sanderson had grand plans for the distillery, for Glen Garioch’s output would be the centrepiece in his legendary “VAT 69” blended scotch. VAT 69 was once one of the most popular whiskies in the world, notably it was the favourite whisky of the real Captain Nixon of Band of Brothers fame. Sanderson’s son would continue to run the distillery, although the Great Depression and Prohibition impacted the distillery heavily. This led to the distillery being sold once again.

In the modern era the distillery would come under the ownership of Japanese-American giant Beam Suntory. Unfortunately Glen Garioch is no longer a contributor of VAT 69, but focuses instead on older single malt releases to much critical acclaim.

Founded in 1790 - the year US President George Washington delivered the very first “State of the Union” speech.

This Highlands distillery is famous for its sulphuric spirit punctuated with fruity notes creating a certain spiciness. Balblair hosts one of the oldest records archives of any distillery, with the earliest entry dating back to 1800 detailing the ‘Sale to David Kirkcaldy at Ardmore, one gallon of whisky at £1.8.0d'.

The distillery no longer stands on its original 1790 location, having been rebuilt in 1895 in order to be closer to the railway lines, allowing for easier access to grain and coal. However, the original water source at the Ault Dearg burn was of such high quality that the nearer burn was ignored in favour of it.

The distillery was mothballed in 1911 due to poor economic conditions and wouldn’t reopen until 1948. This was in part due to the government’s efforts to revitalise whisky production in order to boost British exports after World War 2. The distillery would change hands multiple times over the next few decades with its current owners being InverBev Distillers. In 2013 the distillery was used to film Ken Loach’s acclaimed whisky heist movie “Angel’s Share”.

Unlike many of its Highlands brethren, Oban is one of the last ‘urban’ distilleries. Most distilleries are located in the heart of the countryside, so that they are closer to the grain farms. Oban meanwhile remains in the heart of its namesake town to this day. Founded by Oban locals, John and Hugh Stevenson the distillery would be passed between various family members throughout the 1800s, providing many jobs throughout the town.

This distillery was one of the main victims of the infamous Pattison Crash. The Pattison crash in 1898 was triggered by the overproduction of cheap, poor quality whisky by the Pattison company. Oban was one of the principal suppliers to the Pattison company and once the crash occurred the distillery struggled for a number of years. The Great Depression of the 1930s further damaged the distillery, to the point it was mothballed between 1931 - 1937. After the World Wars Oban’s prospects once again picked up as the focus returned to producing high quality single malt. In 1968 the distillery underwent an enormous overhaul with much of the site being rebuilt and production methods undergoing extensive modernisation.

In the present Oban distillery is owned by international beverage giant Diageo and its products are often a key part of Diageo’s prestigious single malt collections. In 2020 a group of trainee Scottish priests gifted Pope Francis a bottle of 14 year old Oban during a Vatican visit, the Pope quipped that the whisky was ‘the real holy water'.

Founded in 1786 - Famous Scots Poet Robert Burns publishes ‘An Ode to a Haggis’ and ‘Poems, Chiefly in the Scottish Dialect’.

Originally called Milltown or Milton until 1870, although the scotch itself was known as Strathisla after the nearby river from which it draws its water. Little is known about its origins although many claim it is the oldest licensed distillery in Scotland. The building itself is frequently commented on as being one of the most beautiful distilleries in Scotland, surrounded by gorgeous gardens and sporting two pagodas on its roof.

Throughout the 19th and early 20th centuries the distillery gained notoriety as a high quality single malt and was bottled as such, a rare occurrence in an era when blended whisky was king. A terrible fire would strike the distillery in 1879, although this would allow the owners to rebuild much of it, including the addition of a new bottling plant onsite.

In 1950 the distillery was purchased by James Barclay of the Chivas Brothers. From this point on, the distillery became an instrumental part of the relaunch of the landmark Chivas Regal 12 year old. In the modern day, Strathisla plays the role as the official home of ‘Chivas Regal, with much of its production going into the blend. It is also one of the highlights of the Scotland Malt Whisky Trail, along with several other Speyside distilleries.

Founded in 1779 - the year famous explorer Captain James Cook was killed on the Sandwich Islands.

Established on the southern shore of Loch Indaal, in the famed whisky region of Islay, Bowmore stands tall as one of the earliest distilleries on this list, although that garners significant debate. Originally founded by local merchant John P. Simson, it wasn’t until it was taken over by James Mutter, who served as the Vice Consul for the Ottoman Empire, Brazil and Portugal. Mutter would transform the distillery into a powerhouse of whisky production, even ordering the construction of a steamship that would import barley and coal from the mainland and ship back whisky.

The distillery was shuttered in 1915 during World War One and wouldn’t reopen until 1925 when it was bought by J.B. Sheriff & Company. World War Two would once again close the distillery and the facilities were handed over to the RAF Coastal Command. The large warehouses proved useful in the storage of munitions, meanwhile a team of submarine hunting seaplanes used the site as a base.

After the war the distillery would reopen to great success capitalising on the increasing popularity of Islay single malts, eventually the distillery was purchased in full by Beam Suntory who had been long time shareholders.

Bowmore has emerged as one of the leading premium whiskies from Islay. There have been numerous high profile releases and collaborations with other luxury brands such as Aston Martin. The Black Bowmore Trilogy is perhaps the most famous release of theirs, being the oldest Islay single malt whisky ever released. This, of course, means that it is highly coveted by collectors and the scramble for bottles is palpable. It is also the first distillery that Queen Elizabeth II ever visited.

Founded in 1763 - the same year that Wolfgang Amadeus Mozart went on his first tour across Europe.

While an illicit still is known to have existed on the site since 1717, the distillery began legal operations in 1763. The distillery is located within a secluded valley which was selected because it could escape law enforcement during its illegal distilling days, but this also provided perfect access to Loch Turret. Many historians note that the high hills surrounding the valley made it the perfect place for lookouts to keep watch for the excise man.

While the distillery avoided many of the pitfalls of the aforementioned Pattison Crash, the Great Depression and Prohibition of the 1930s hit the distillery hard. It did not reopen until 1957 when it was purchased by whisky enthusiast James Fairlie. James was keen on using traditional distillation techniques and prided his whisky on its authenticity. Cointreau owned the site from 1981 to 1990 where it was taken over by the Highland Group. This group would later be folded into the Edrington Group portfolio, where it would go on to become a key part of The Famous Grouse blended scotch. In 2018 the Glenturret distillery was sold to Lalique Group, who moved much of the focus to releasing well-aged single malts.

This concludes our list of the oldest distilleries still operating in Scotland. While debates still rage among scotch historians as to the oldest, due to the fact that many distilleries arose out of illicit stills who may have been operating for at least a century longer most recognise Glenturret as the oldest. In the field of whisky investment, the story of a distillery can have a marked impact on the pricing of casks. The older distilleries tend to have a much smaller output than their later counterparts, meaning that casks are often in the ultra-premium end of the market.

If you wish to find out more about how cask whisky investment works, contact us today.