Investments are Forever: The Watches of James Bond

In this article we examine the cultural weight of James Bond and that can help to inform your choice of timepieces in your watch investing portfolio. 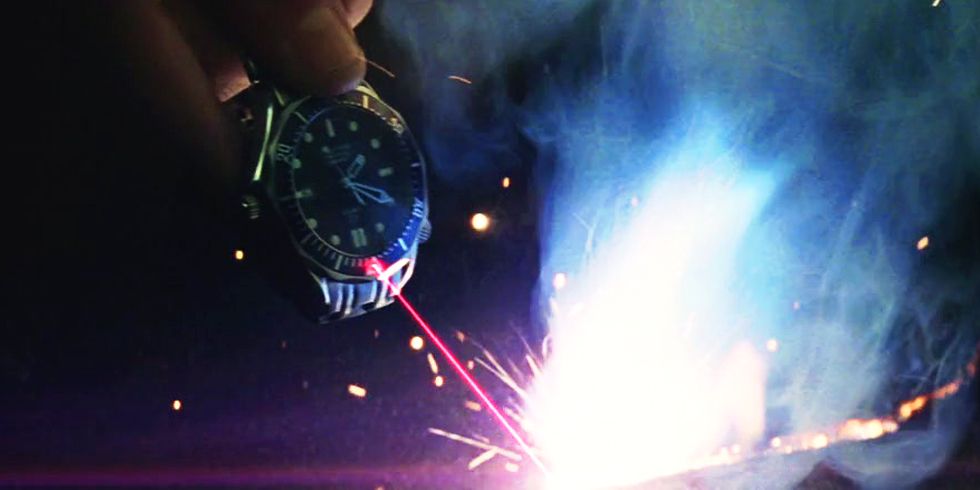 In part one, we examined the scotches of choice for James Bond and how their iconic status can be an indicator in finding the right scotch cask to invest in. We will take a similar approach in this article by celebrating the watches of 007, and how the watches of Bond make great case studies for investment.

Throughout the 68 years of James Bond novels and films, the watches of Bond change as much as the actor playing the character. One could split the Bond films and novels into three distinct eras: the Rolex era, the Seiko era and the Omega era.

The second novel Live and Let Die is the first time Ian Fleming specifically mentions Bond’s choice in timepiece, a Rolex. Fleming himself wore a Rolex Explorer, Ref. 1016, so it comes as no surprise that the super spy himself would wear such a watch. Even before 007, Rolex watches were often the timepiece of choice for the action oriented individual, being the preferred watch for explorers such as Sir Edmund Hillary and Sir Ranulph Fiennes.

Sean Connery would continue this relationship between Bond and Rolex watches, in his first screen appearance in Dr No In the film Bond utilizes the Rolex Submariner, Ref. 6538, a stunning choice famed for its rugged practicality and beautiful craftsmanship. This watch became so iconic that collectors often call the Ref. 6538 the “Bond Submariner”.

For investors and collectors Rolex Submariners are a wise choice. Their durability and iconic status as the watch of adventurers and the first screen iteration of Bond cements it as a style icon, with their value always steadily increasing with time.

Seiko and the Digital Era

When Roger Moore came on board as Bond, the tone of the films shifted to a more campy and bombastic style. In particular this was the era when Bond’s watches became an essential part of his spying kit, with all sorts of gadgets embedded within them. While there were in-built Geiger counters and a compass, the first true ‘gadget’ watch was a Rolex Submariner, Ref. 5513, with its built in buzz saw and magnet helping 007 get out of some tricky situations in Live and Let Die.

As Moore became more established in order to reflect the new high-tech Bond, the watches he wore became digital, with Seiko watches being the main choice. In 1979’s Moonraker the Seiko M354 Memory-Bank Calendar takes centre stage as Q hides a plastic explosive detonator behind the face of the watch.

Another iconic Seiko, that one could jokingly assume predicted the smart watch, was the Seiko 0674 5009 Quartz LC model number DK001 found in The Spy Who Loved Me, a watch that Q modified to be able to receive messages from HQ.

Seiko watches are an interesting timepiece to collect, they do not command as high prices as Rolex watches and Omega watches, but a lot of value is placed on the models listed above due to the association with James Bond. Also due to being a less popular brand, ensuring that you find the right buyer for the right price can be a bit more time consuming, but Bond aficionados and Seiko enthusiasts are still very much abundant.

The Reign of Omega

By the 1990s, the Rolex Submariner had ascended to ubiquity. Tasked with selecting the look for Pierce Brosnan, the costume designer Lindy Hemming, settled on the Omega Seamaster. At first this was a strange choice, Connery fans and novel purists were outraged at the snubbing of the Rolex. However, in the real world the Omega Seamaster was the watch of choice for Royal Navy divers so the choice had grounding in real world attitudes.

In 1995’s Goldeneye Q customised an Omega Seamaster Professional 300M, Ref. 2541.80, to include a laser cutter and bomb detonator. Pierce Brosnan would keep this model throughout his tenure but the gadgets would go on to include a grappling hook and high powered light source.

Omega at this point was the franchise’s official watch partner and the Daniel Craig run continues this, with him swapping out the Seamaster Professional for the Omega Seamaster Planet Ocean, Ref. 2907.50.91. Fitting with Craig’s bruiser style Bond, the Planet Ocean is a lot more bulky and fierce than the refined blue tones of the Seamaster of Brosnan.

With No Time to Die being the last outing of Daniel Craig and the 25th film in the series, Omega decided to do something special. For the first time ever Omega released the Omega Seamaster 300 Ref. 233.32.31.41.21.01.001 specifically for the movie with a full serial release. The watch itself harkens back to an older time with a more utilitarian design, practical but stylish, with options even for the classic NATO strap of old.

Like its competitor Rolex, Omega is one of the most popular brands for collectors and investors in luxury goods. The initial buy in is high, however, these models are each in of themselves burgeoning classics and the perfect addition to anyone's portfolio.

Whether you are a diehard Sean Connery Rolex fan or prefer the newer Omega watches of Brosnan and Craig, Hackstons can help you to find the right investment options for luxury watches. Contact us today using the form below to find out more.

How to Start Investing in Watches

War of the Watches: The History of Military Timepieces