War of the Watches: The History of Military Timepieces

Find out about how military watches worn by service personnel from the world wars have become must haves for timepiece collectors and watch investors the world over. 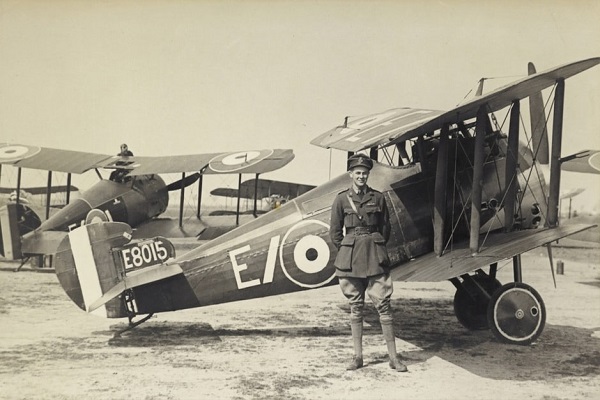 For watch collectors, military watches have a certain charm to them, their rugged durability, practical designs and rich history make them centrepieces of any esteemed timepiece collection. In this article we will examine the different watches used throughout history and why you should keep an eye out for them, for your watch investing portfolio.

The earliest field wristwatches stem from an 1879 order by German Kaiser Wilhelm I, who tasked the legendary manufacturer Girard-Perregaux to provide 2,000 watches to the Kaiser’s naval officers. Before this wristwatches were largely seen as a more feminine jewelry item, with pocket watches seen as more masculine. However, the wristwatch gained popularity due to its practical nature as a soldier could man a machine gun or carry out other tasks while checking the time.

World War One was the event that marked the beginning of the need for wristwatches in modern soldiery. As technology changed the face of warfare and the horrific conditions of trenches on both the Eastern and Western fronts, military watches began to replace pocket watches as a key piece of kit.

On the European fronts the primary tactics used by both sides of the war were firing enormous amounts of shells at the enemy lines, to make them duck for cover before immediately following up with a massed infantry charge in order to overwhelm the enemy. This tactic was called the ‘creeping barrage’ by the British Army.

The key to the success of a ‘creeping barrage’ was timing. If the charge came too early, then there was a risk of friendly fire from the shrieking artillery shells above. If the charge came too late then the enemy would have a chance to man their own defensive positions, causing enormous casualties for the attackers from raking machine gun fire.

Under these hellish conditions, military wristwatches needed to be extremely precise and often the seconds hand could be paused to allow troops to synchronize their movements. Further developments came in the form of radium dials which allowed troops fighting in the darkness of sappers tunnels and on night raids to still tell the time.

A popular watch for British Army officers were those of JW Benson, for an investor Benson watches represent a niche but powerful addition to a portfolio. Another WW1 watch of note is the 1917 Cartier Tank, which was inspired by the French Renault tanks that were rumbling across the battlefields of Europe. Being over 100 years old the Cartier Tank line is still extremely popular among the public and is a safe option for timepiece investors.

If WW1 was what initiated the military to the practicalities of the military wristwatch, World War 2 was where field watches became ubiquitous among the armed services of all nations. While during WW1 many still carried pocket watches as carryovers from previous decades, the wristwatch had fully overtaken the pocket watch by 1939. As war became even more mechanised with full tank brigades and the advent of fully fledged combat air forces, the pocket watch was simply impractical for manning military vehicles due to the need for both hands while piloting.

As well, accuracy became even more important, bombers needed to release their payloads at the exact moment or risk a complete miss, and tank battalions needed to know the exact time an enemy convoy would pass through in order to launch an ambush.

While rudimentary waterproofing existed during WW1, it wasn’t until the demands of the Pacific theatre that better environmental proofing became commonplace. The humid jungles of Pacific Islands such as Guadalcanal and the volcanic beaches of Iwo Jima meant that only the most rugged of watches stayed in working order in these hostile environments.

For investors and collectors, one of the most popular watches among RAF pilots was the 6B/159 ‘Navigator Watch’. This watch was manufactured by many of the most famous watch brands in the world such as Longines, Omega and Jaeger Le-Coultre. It was designed and approved by the British Ministry of Defence itself with the aim of creating a simple and durable design. Even to this day they are beautiful watches with a minimal but elegant design.

Another notable field timepiece is the A-11, or more famously “the watch that won the war”, it was the timepiece of choice for the American GI. Produced by the esteemed Bulova, Elgin, and Waltham, they could be seen across battlefields from the Netherlands to the Philippines. For any military watch collector this watch is a must have and often second hand watches can be found for sale.

Overall for the savvy timepiece investor, military watches can be a highly rewarding investment option since the general public is not as aware of their value, meaning that initial buy-in can be less expensive, meanwhile the exit on investment can be lucrative due to being highly sought after by history enthusiasts.

If you are interested in investing in collector’s timepieces, get in touch with us using the form below

How to Start Investing in Watches

Investments are Forever: The Watches of James Bond