In this article we will explore the rise of scotch whisky in South Korea and what the future holds for the category. 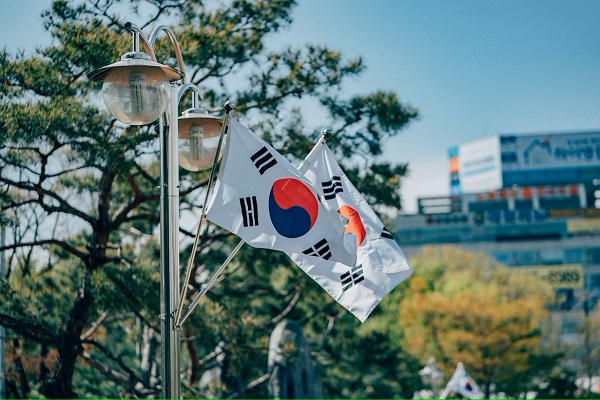 South Korea is the tenth largest economy in the world, with a population of 51 million people. Unlike in other nations such as China and Japan, scotch has struggled to gain a foothold in this country until recently. In this article we will explore the rise of scotch whisky in South Korea and what the future holds for the category.

South Korea has one of the highest rates of alcohol consumption in the world, with alcohol being ingrained into much of the country’s social culture. However, the vast majority of that consumption is made up of beer and rice wine soju. Beer makes up 40% of total alcohol sales, with soju not far behind at 32%, this leaves little room for spirits, causing intense competition between brands.

While whisky, like in many other parts of Asia, was primarily consumed as part of formal functions such as weddings and business meetings, it made little progress in reaching wider audiences. At the time many of the beverage companies did not take into account the wider cultural differences in how alcohol consumption differs between South Korea and the rest of Asia. Instead they assumed that their successes in Japan, China and Taiwan could be replicated without much change.

In South Korea, drinking is far more focused on the social experience, rather than simply the drink itself. In particular soju is purchased as a bottle and shared, with shots of the spirit being poured out between the group. Various rules concern who drinks first and who purchases the bottles as well, meaning that there is a heavy cultural aspect to consumption. This meant that whisky, which is normally sipped instead of consumed as a shot, struggled. While a bottle of scotch could be shared, and often is, a number of factors make whisky ill suited to be drunk as a shot. For one, the alcohol content is much higher than that of soju, with whisky at 40%ABV and soju at 15%. Also whisky is primarily focused on the rich palette of flavours afterwards, it is normally sipped at a more leisurely pace. All of this meant that outside of niche circles, the marketing of scotch was not reflecting the actual attitudes of the drinking populace of South Korea.

When the 2008 financial crisis hit, premium whisky was heavily impacted by the economic downturn, since it failed to reach wider audiences. The general population preferred cheaper and more accessible beverages such as beer and soju. As well, companies were cutting back on the amount being spent on corporate entertainment, resulting in a larger decline in whisky sales than in the rest of the world.

It would take some time before marketing efforts by scotch producers would switch gears to strategies that took into account the local differences in drinking culture. By the turn of 2020s, the successes would begin to materialise.

Pernod Ricard, the owner of brands such as Chivas Regal, Ballantine’s and The Glenlivet made waves in South Korea by partnering with K-Pop icon LISA to be their brand ambassador. K-Pop is an enormously popular genre of music from Korea with listeners across the globe, with K-Pop artists being extraordinarily influential with their followers.

In 2022 South Korea imported $247.1 million worth of whisky, the highest amount ever since 2008. This growth was driven by the increasing adoption of scotch whisky by younger drinkers, as bars began to serve more whisky highball cocktails. This led many millennials and Gen Z to switch to whisky as a drink for both nights out and for home consumption, providing a dynamic alternative to the orthodoxy of beer and soju. The largest discount shop in Korea, Emart, also had a 30% increase in whisky sales during 2022. In fact, during a two day whisky promotion, the store sold in 20 minutes.

As time goes on it is likely that whisky will continue to grow as a category in South Korea, for now the market is focused primarily on blended whiskies. However, as seen in many other nations once blended whiskies become commonplace, drinkers become more discerning and single malts begin to storm the upper echelons of the premium spirits market.

For whisky investors, nations like South Korea beginning to consume more whisky will put further pressure on the global supply of scotch. This will ultimately lead to further price increases on various brands that have been successful in the region.

If you wish to find out more about whisky investment and the impacts of international demand, read our article about the upcoming India trade deal, or perhaps world whiskies in general? If you are interested in purchasing a cask yourself, contact us today!