Interested in investing in gold coins, but you aren't sure of the terminology? See below for our gold coin investment glossary. 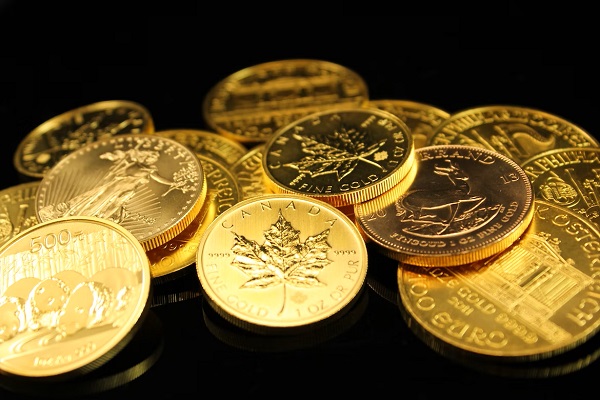 For those interested in getting started in gold investing, the market can appear labyrinthine. The sheer amount of terminology can be overwhelming. In order to make this process easier and to provide a quick reference we have put together a glossary of key gold investment terms.

A blending of a metal and other substances, but most commonly other metals. The alloy will have a combination of the traits of its component materials. For instance steel is an alloy of iron and carbon. The vast majority of gold coins are at least some form of alloy, with a small percentage of them being mixed with silver or copper.

The process of actually selling the gold by working different markets in order to take advantage of the difference in price. For instance you might buy the gold in US dollars and then sell the gold for British pound sterling, and then use the foreign exchange market to convert the pounds back to dollars.

Latin word for silver. The chemical abbreviation for silver is Ag.

The price of the gold according to the dealer.

In order to guarantee the purity of a gold coin when minted, a series of tests are carried out by the appropriate independent authority. This can take the form of the more traditional and time consuming Fire Gold Assaying or X-Ray Fluorescence Gold Assaying (XRF). XRF Assaying is faster and does not require a physical sample of the gold to be removed, making it non-destructive. After the tests are complete, the owner is given a certificate detailing the purity of the metal.

Latin word for gold. The chemical abbreviation for gold is Au.

Widely used in English speaking nations, in particular the US and UK to measure the weight of solid objects, based on a pound of 16 ounces or 7,000 grains. Importantly it is not used for gold or precious metals.

A commonly available metal that is not considered precious but is frequently used in alloys such as tin, copper and zinc.

Used to describe a coin that is in mint condition, or as new as can possibly be.

Any bar of precious metal, such as gold, silver, platinum that is at least 95.5% pure.

A coin, made of precious metals, that is not used as a currency and instead stems its value from the intrinsic nature of its manufacture and materials. When used in reference to coins, they must closely follow spot prices and have little numismatic value.

See the entry for Karat.

The general costs associated with the mining, milling, refining and other expenses related to the direct production of the gold. It does not include any taxes or other indirect costs.

Most gold is not held personally by the owner. Instead the bank or bullion dealer will provide a certificate that acts as the legal token of ownership. The gold is held in a secure location within a bank or HMRC facility. This allows the owner to not have to worry about security issues and increases their liquidity due to the ease at which ownership of the gold can be transferred.

Coin of the Realm

Any coin released by a government that is considered legal tender.

The coins are minted in order to remember a certain special event or person. These coins can be minted either for currency circulation or just for collectors.

Large scale storage facilities, similar to vaults which focus on the safe storage of precious metals. Normally they have a wide range of partnerships with precious metal dealerships, banks, financial exchanges and shipping companies allowing for the easy transfer of ownership.

Is a contract set in the future for the monetary value of a commodity, but not for the commodity itself. In gold investing, this most commonly takes the form of a gold option.

The primary design found on the coin, depicting a particular insignia, coat of arms or notable person.

The ability for a material to be worked out of shape without breaking. For instance metal that is spun into wire would have a high level of ductility. Gold is famed for its ductile properties.

Neither the obverse or reverse, this is third side of the coin spanning its circumference. This section may be lettered or have a variety of patterns.

When a coin is minted for currency a valuation is stamped upon it, representing the face value. Thus the face value of a standard sterling pound coin is £1 GBP.

Any cash that is not backed by gold or silver, but still considered legal tender. This includes the majority of modern currencies including the US dollar, British pound sterling, Euro and Indian rupee.

The blank part of the coin behind the inscription or design, forming the background.

A measure of the purity of a precious metal. In order to do this, one must imagine the alloy is broken down into 1,000 parts, then you would measure how many of the parts would be of each different substance. For instance a gold coin with a fineness number of 0.499, would mean that of those 1,000 parts, 499 of them would be gold. The purest gold is 0.999 fineness which is 24 karat.

Is the measure of the actual precious metal content of the content, rather than the gross weight of the coin as a whole with all of its alloyed components.

Two parties agree to facilitate the sale of gold between them, similar to a futures contract, but without the regulations and procedures that govern futures.

The purest gold attainable, standing at 99.99%. Also equates to 24 karat gold. Previously unattainable, but due to modern advances in technology this point has been reached. It is currently impossible to obtain 100% pure gold.

The process by which a cheaper base metal has a layer of gold applied on top of it. This layer must constitute at least 1/20th of the weight of the object. The gold itself must be at least 10 karat (kt.)

A gold coating that is at least seven millionths of an inch thick atop the base metal. Also known as gold washed.

One of the ways that gold is discovered, through the action of a river eroding a seam of gold, small pieces are washed downstream and weathered into a nugget.

Throughout history many currencies were issued with the idea that each note represented a share of the gold held in reserve by the currency issuer (i.e. The King or the Central Bank). This is known as the Gold Standard where the currency is backed by gold or another precious metal. However, most modern economies have moved away from the gold standard to Fiat Money.

An umbrella term that refers to a business or service provider that determines the authenticity and quality of a gold coin.

A part of the measurement units for gold, 480 grains represent one troy ounce.

The stamp that denotes the producer of a bullion coin or bar.

A way of safeguarding or dampening the impacts of uncertain and unforeseeable market conditions through protectionist investing.

A block of precious metal that has been shaped, most commonly into a bar.

The value of the actual metal content of a coin, rather than its face value.

While in jewelry only the term carat can be used to indicate the purity of a gemstone, in gold it can be used interchangeably. In essence the karat refers to purity of the precious metal. Pure gold is 24 karat.

A currency that a merchant or creditor that must be legally accepted as a form of payment.

The inscription on a gold coin.

Gold that can be readily translated into cash.

A place in which gold or silver is physically held, where delivery charges apply. The most common is Loco London, which refers to the London vaults.

Two daily bidding sessions, governed by the five major London based gold firms that govern the price of gold.

The sheen on the surface of an uncirculated gold coin.

While resembling a coin, it is not considered a ‘coin of the realm’. A government or private mint will issue medallions instead.

A facility where gold coins or bars are manufactured.

A symbol or letter used to denote the minting facility the coin was produced at.

A coin that is uncirculated.

The lowest grading a coin can receive and still be considered uncirculated, using the Sheldon Grading Scale.

Are collectors coins, in that their value is not solely contingent on their intrinsic value, but instead also their rarity, historical nature or other such marks that make them interesting to collectors. For instance coins found in an archaeological dig.

The formal term for a coin collector.

The ‘front’ of a coin containing its principal face and legend.

A tool used in the stamping of a coin.

The percentage a coin sells over the intrinsic value of its materials.

An official reproduction of a coin which has left circulation, a British Sovereign is an example of this.

The process in which a coin, after being graded, is coated in a protective plastic film to prevent wear and tear.

While there is no official definition, most jewellers and dealers apply it to an item where the gold is at least 10 karat and is not hollow.

The physical delivery price of the bullion to the purchaser.

The primary unit of weight for precious metals. It equals 31.1035 grams. This is separate from the usual avoirdupois system.

A coin that has not entered currency rotation and thus has not changed hands since minting. It is considered mint condition.

When another metal is plated with a gold coat.