In this article we will discuss the history of the Sovereign gold coin and why it is still such a valuable investment tool to this day. 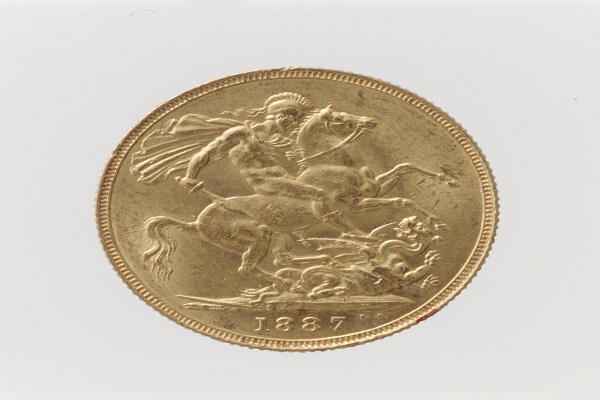 Perhaps out of all the gold coins minted in the United Kingdom, the Sovereign Gold Coin is perhaps one of the most famous. In this article we will discuss the history of the Sovereign and why it is still such a valuable investment tool to this day.

The Sovereign was first struck during the reign of Henry VII in 1489. After the vicious and bloody fighting of the Wars of the Roses, the King wished to assure the country of the power of the crown. Thus Henry issued a command to strike: “A new money of gold.” This new coin, while not the first time gold was used in English currency, was certainly the largest and most valuable.

All of the succeeding monarchs of the Tudor dynasty, including Henry VIII and Elizabeth I, produced their own versions of the Sovereign. The coins depicted a portrait of the reigning monarch on the obverse, with the royal arms on the reverse. Unfortunately the practice stopped in the reign of King James I during the unification of England and Scotland into the United Kingdom in 1603.

It would not be until 200 years later that the Sovereign returned, albeit in a different form. In 1815, after the destruction of Napoleon’s forces at the Battle of Waterloo. The war had been expensive and the British economy was shaky, therefore authorities began to reform the currency. After various consultations the general sentiment preferred moving away from guineas, towards a singular coin worth 20 shillings.

The new 20 shilling coin entered into general circulation in 1817, and was named the Sovereign, carrying the legacy of the Tudor coin. It was, however, half the weight and size of the original coin due to it being less a status symbol and more a practical item of currency. The famous Italian gem engraver Benedetto Pistrucci, would lend his iconic St George and the Dragon design to the coin.

The design was removed from the coin between 1825 to 1871, much to the chagrin of the public, who often criticized the cheaper looking designs that replaced the beloved saint and dragon. It would be the reign of Queen Victoria that would see Pistrucci’s design be reinstated to its rightful place, with a portrait of the young monarch on the other side.

The coin was commonly used in international trade due to the fact that it was a known quantity of gold, making it easy to exchange. Due to this a number of mints were set up across the British Empire, including Australia, India and Canada. By 1900 over 40% of all Sovereign coins were minted in Australia. There are slight differences between those coins struck at these mints, which often makes them more valuable to collectors.

Since Victoria, every other British monarch has minted their own Sovereigns in the same style. Although the Sovereign would leave circulation with the advent of World War One, its popularity continued in other regions, particularly the Middle East. Eventually demand rose enough that The Royal Mint issued a restriking in 1957, with production continuing to the modern day. While a bullion coin and out of circulation, the Sovereign is still considered legal tender in the United Kingdom. The most recent minting was in 2022 in honour of Queen Elizabeth II’s Platinum Jubilee. The nominal value of a Sovereign is £1 and the amount of gold constituting the coin is 0.2354 troy oz.

Sovereigns are popular for both gold coin investors and collectors for their rarity, their iconic designs and the standardised gold weight. Since they are considered legal tender a large advantage for investors is that they are exempt from capital gains tax. Some Sovereign coins are considered rarer than others, collectors should especially look out for 1879 London mints, 2005 Perth Mints. Meanwhile the even rarer 1937 Edward VIII and 1953 Elizabeth II can be found by working alongside respected dealerships.