Why is Switzerland the home of so many luxury watch brands? Learn about the country's rich history with timepieces in our latest blog. 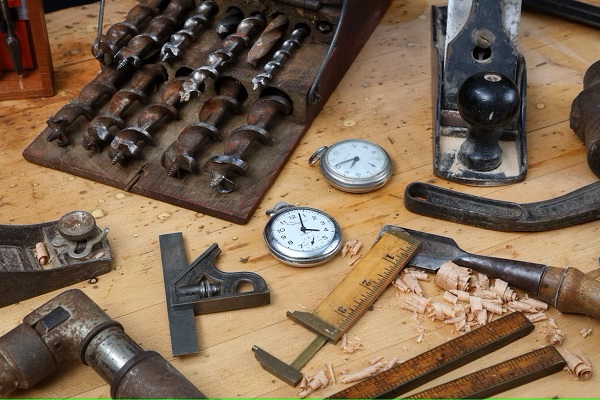 Many of the most notable watch brands in the world proudly state that they are ‘Swiss made’, but why is this so important? In this article we will examine why Switzerland is so important to luxury timepieces and what it means for watch investors to own a timepiece that is Swiss made.

For one of the smaller countries in Europe, Switzerland is certainly home to a lot of luxury watch brands. Rolex, Omega, Audemars Piguet, Breitling, Patek Philippe, TAG Heuer, Tudor and many others call the Swiss Alps their home. But why is this?

The history of watchmaking in Switzerland goes back to the 1550s, when Huguenot French Protestants fleeing persecution settled in the country, bringing with them the art of horology. While the first portable timepieces emerged in Germany during the early 16th century, the Huguenots truly brought their mastery of the craft to Switzerland. At the same time, John Calvin, one of the leading religious figures in the nation at the time began to enact various puritanical laws. One of which was the banning of any form of jewelry, due to the belief in leading a modest life. However, watches were still permitted, meaning that many jewelers turned their hand to the manufacture and sale of timepieces instead. By 1601 the Watchmakers Guild of Geneva had formed.

Due to the harsh mountain winters, many farmers would be sitting idle for half the year, thus many of them would help in the creation of parts for these watches particularly in the Jura region. In particular is the 120 mile long, ‘Watch Valley’, which to this day is still home to Rolex, Girard-Perregaux, Patek Phillippe, and Jaeger-LeCoultre.

Over the next century, horologists in Switzerland steadily built their craft. Meanwhile various innovations arose in Germany and England allowing for timepieces to become more and more accurate, as well as smaller and more intricate. By 1741, the legendary watchmaker Abraham-Louis Breguet stormed onto the stage with his invention of tourbillon and automatic winding, revolutionizing the field. His clientele was a veritable who's who of the century, including none other than Queen Marie Antoinette, Czar Alexander I of Russia, King George IV of the United Kingdom as well as arch rivals Napoleon Bonaparte and Arthur Wellesley, 1st Duke of Wellington. Swiss watches were propelled to the forefront of the luxuries market, with royalty and nobility across Europe patronizing Swiss horologists.

By 1850 Swiss watchmakers were producing 2,200,000 a year, while in England, despite being far more industrialized and having a larger population, only made a paltry 200,000. However, a threat would begin to loom across the Atlantic as American watchmakers began to optimize their own production techniques through intensive industrialization. In response, Swiss watchmakers began to flood the market with cheap, poorly constructed timepieces. This would lead to an erosion of their image, one which wouldn’t recover until the turn of the 20th century.

During the World Wars, most nations involved turned all of their manufacturing capabilities to the production of weaponry, meaning that the watchmakers of the US, UK, Germany, Italy and France had to cease production. This was not a problem for Switzerland, whose neutrality is just as internationally famous as its watches and chocolates. A Swiss watch was a must have for officers on both sides of these conflicts, with military timepieces being a vital instrument of 20th century warfare, due to the need for precise timing. Once these military personnel came home, these watches became a symbol of craftsmanship and luxury.

By the 1970s, Japan began to expand its own watchmaking efforts, bringing with it various innovations in cheaper and more accurate quartz technologies. This decimated much of the Swiss industry, particularly the less expensive ends of the market, with almost 60,000 workers losing their jobs. In 1971 the Swiss government had already enacted measures to protect this vital industry, by bringing in rules that stated:

If these criteria were met, then the watch can be advertised under the hallmark of ‘Made in Switzerland. Essentially, like scotch whisky, it became its own geographical indication.

By the 1980s, the markets had settled down and the Swiss began to reclaim the luxury end of the timepiece market due to the country’s long standing history. Of particular note is the efforts of the Swiss-Lebanese horologist Nicolas G. Hayek, Sr., who invented the Swatch, finally producing a quartz that outmatched its Japanese counterparts.

By the modern day, these aforementioned brands now utterly dominate the market place. While a number of other nations are attempting to revive their own watch industries, ‘Swiss Made’ is seen as the pinnacle of quality. In 2017 the Swiss government enacted further laws to protect the prestige of the hallmark:

To this day, debates rage on among Swiss lawmakers, as to whether 80% of the costs should be incurred within the country. Ultimately, these regulations have helped to reinforce the luxury status of Swiss made timepieces against all rivals. For anyone looking into luxury watch investment, Swiss made watches are the gold standard against which all others are compared to.