How the Prohibition Changed Scotch Forever

The Prohibition fundamentally changed the shape of the alcohol industry, but what does it mean for the modern whisky investment market? 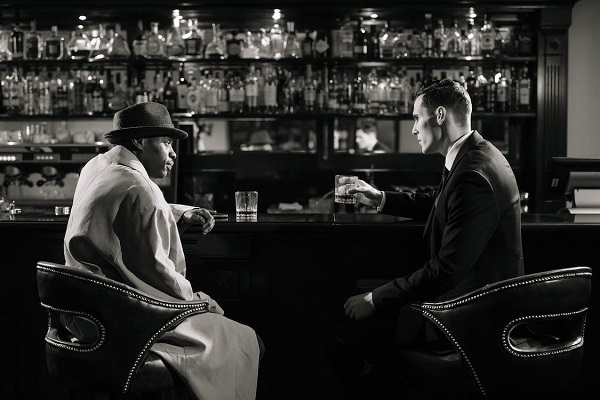 The National Prohibition Act was passed into US federal law in 1920. The Act prohibited the manufacture and sale of ‘intoxicating beverages’. It was also known as the Volstead act, named after Andrew Volstead, the Chairman of the House Judiciary Committee who managed this legislation. What this meant was that it was illegal to sell or manufacture alcoholic drinks within the continental US, unless it was for scientific or medicinal purposes. In this article we will discuss the fascinating effects the passing of this amendment had on the whisky industry and what it meant for the future of the alcohol industry as a whole.

Throughout the late 19th century there was a growing temperance movement, particularly within protestant US states. Referred to as ‘drys’ these movements would protest the sale of alcohol and encourage political figures to pass legislation prohibiting the sale and manufacture of alcohol. By 1915, 20 states had already gone dry, thus many politicians wishing to garner favour of states throughout the central US pushed for the federal passing of prohibition. Eventually this led to the signing of the National Prohibition Act five years later.

Across the country bourbon and American whiskey distilleries closed their doors, other than a select few who were still producing alcohol for medical supplies. Despite the prohibition however, the nation’s taste for alcohol did not disappear. In the first few years moonshiners began to make their own liquors, often running illegal stills out of farms and ranches and then selling them to ‘speakeasies’ or hidden bars which required a password to enter. However, moonshine was incredibly dangerous to consume and caused numerous deaths due to high methanol content.

Bourbon and rye whiskey, traditionally a staple of American drinking culture, was snuffed out almost overnight. Meanwhile across the Atlantic, Irish whiskey which enjoyed a predominance in American import markets beforehand due many US citizens being of Irish heritage, was ill prepared for the impact of prohibition. Irish distilleries were already at a breaking point, with the Irish War for Independence (1919 - 1921) and the subsequent Irish Civil War meant that getting product out for export to other nations was next to impossible due to British trade wars. This would lead to only three Irish distilleries surviving past this point.

All of this meant that scotch whisky was primed to fill the void. With American whiskies being almost extinct, Irish whiskey trapped in its native country and moonshine being potentially deadly, the demand for scotch actually increased by 9% despite it being illegal. The question for Scottish distillers was, how to get it to US customers.

Thus the liquor industry began to import enormous amounts of scotch to neighbouring countries such as Canada and the West Indies which had no prohibition. In fact scotch imports to Bermuda in 1922 had increased by 40,000%.  Bootleggers, the term used to describe alcohol smugglers, would transport cases of whisky into the US. The US border patrol and coast guard attempted to crack down on these bootleggers, however, enforcement was difficult. Due to the lucrative amounts of money being made through alcohol smuggling, organised crime began to consolidate their power. This is where the mafia began to rise to power, with figures such as Al Capone using their enormous profits to bribe federal and judicial agents into turning a blind eye. Especially in the cities, prohibition was not a popular law, with many police officers frequenting speakeasies themselves.

One figure in particular was a driving force in boosting the popularity of scotch in the US, William “Bill” McCoy. Having served in the Merchant Navy before starting a luxury speed boat company for the ultra wealthy, Bill quickly found himself at the centre of the rum-running trade. He would organise speed boats, often with himself at the helm, to meet with cargo ships just a few miles off the coast of the US. Once the crates of scotch were loaded onto the boats, they would use their speed and the cover of darkness to evade US coast guard patrols. Then Bill and his crew would unload them at friendly warehouses, where the scotch could then be distributed to speakeasies across the country.

While many bootleggers knew that desperate customers could be easily ripped off by watering down imported products, Bill realised that in order to command higher prices he would have to maintain trust. Thus he was meticulous in ensuring that his scotch was not tampered with in any shape or form. This led to the expression, “The Real McCoy”, as a mark of quality and security for consumers.

Another method used by scotch distilleries, particularly those from Islay was to focus on the medicinal benefits of the product as a way to allow customers with a prescription to legally consume scotch. The island of Islay’s waters and soil is very iodine heavy, which lends a lot to the ‘medicinal’ smell of whiskies such as Lagavulin, Laphroaig and Ardbeg. Iodine deficiency was also a serious problem within the US, which meant that scotch was ready to capitalise on this. Of course it also meant that doctors could be ‘persuaded’ to hand out prescriptions as well.

The British government made little effort to halt the efforts of scotch smuggling into the US, with the Grandson of John “Johnnie” Walker, Alexander Walker famously stating that even if he could stop the trade, he wouldn’t. Meanwhile other prominent figures such as Winston Churchill saw prohibition as such a joke that he ensured a doctor provided him with a prescription for whisky so that he could stay lubricated within the country during his visit in 1931.

By the 1930s, prohibition had become incredibly unpopular. The ban had caused the rate of alcohol consumption to bizarrely rise rather than fall. The large amounts of money falling into the hands of organised criminals led to cities such as Chicago becoming mired in corruption and violence, making the arguments for prohibition increasingly tenuous as a moral good.

In 1933 the National Prohibition Act was repealed, and the decision was left to individual states to be determined. The vast majority of which resumed the sales and manufacture of alcoholic beverages, although some individual counties to this day remain ‘dry’. Ultimately it meant that scotch was the undisputed premium liquor within the US due to the boost in popularity it received over the prohibition. Meanwhile, over the decade in which the Volstead Act was in place, an entire generation of bourbon and rye whiskey distillers had been lost. This loss of expertise and knowledge meant that American whiskies struggled to bounce back, even decades after.  To this day the USA remains the largest export market for scotch whisky, and while bourbon and rye might have regained a lot of ground, the premium whisky market is still firmly in scotch’s hands.