What are some of the most iconic scotch whiskies in horror films? Find out in our latest article for Halloween! 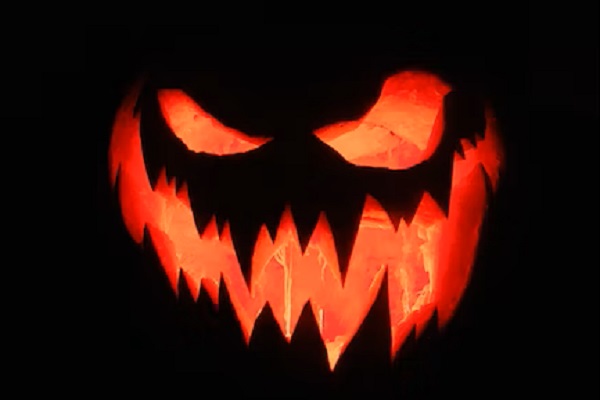 What better way to celebrate Halloween this year than a horror movie and a glass of whisky to tamper the fears. We’ve already talked about the different whiskies seen in James Bond, but what are the drams of choice for our horror movie protagonists?

This nail biting zombie flick from 2002, depicted the United Kingdom decimated by a vicious rabies plague that turns most of the population into a ravenous horde. In one of the few moments of brief respite for the characters, they stop at an abandoned supermarket in order to loot supplies.

Naturally two of the characters, played by Cillian Murphy and Brendan Gleeson, make a move for the spirits aisle. Brendan Gleeson is quick to admonish Cillian’s character for picking up some cheaper blended whiskies; instead pointing him towards the good stuff. You might as well treat yourself in the apocalypse!

His choice of course is a lovely 16 year old Lagavulin. Part of Diageo’s Classic Malts series, this peaty and dry whisky is emblematic of Islay. Retail prices vary from around £75 - £80. Much like the film itself this whisky is a modern classic, but be wary of the bite!

This 80s cult classic stormed onto the scene with its scenes of shocking body horror. The plot centres around the scientists and researchers of the remote Antarctic Outpost 31, who are beset by a shapeshifting alien monstrosity.

The main character, MacReady played by Kurt Russell, is shown to be a bit of a wild card. His choice of whisky is perhaps no different, being the iconic J&B Rare Blend. Coincidentally this whisky was also the favourite of other mavericks including Frank Sinatra, Graham Greene, George Harrison and Dean Martin.

J&B Rare Blend is one of the most popular scotch whiskies in the US because of this, so it makes a lot of sense that this would be the choice of dram for an American research team. In the film itself the whisky features both at the beginning where it is poured into a chess computer by the sore loser MacReady, and (spoiler) at the end as two characters share their final moments. The whisky itself features prominently in many fan theories as to whether or not its presence means that MacReady was one of the monsters all along.

J&B Rare Blend, with its finish of spice and oak helps to warm the heart in some of the coldest of winters. A blend of over 42 malt and grain whiskies, notably including Knockando, Auchroisk and Glen Spey. Its price sits at around £30, making for a cheaper option when stocking up for the isolation of Antarctica!

In this dark action fantasy, the titular Constantine (Keanu Reeves) battles the forces of evil as he tries to avoid his own damnation. In the pivotal scene where Rachel Weisz learns of the existence of the paranormal, Constantine is seen pouring from a bottle of Ardbeg 10 Year Old.

Reflecting his own dark side, Constantine’s choice of whisky is perfect. Another fantastic Islay peated whisky, its heavy smokiness mirroring the dark shadows that haunt Constantine throughout the film. With a price averaging around £40, this single malt presents one of the best entry level routes for those interested in Islay peated whisky.

And that concludes our list of some of our favourite whisky horror movie scenes! If you’re interested in hearing about some whisky related folktales, be sure to read our other article.