What does the phrase cask finish mean? How does the process of cask finishing work? What's mezcal got to do with scotch whisky? Find out in our latest article. 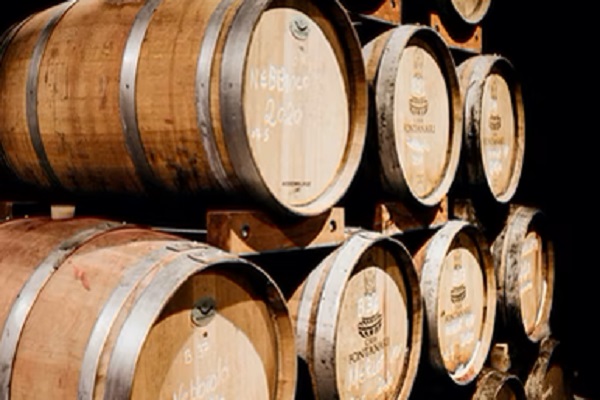 All whisky has to undergo a maturation process, whereby the spirit sits within a wooden cask or barrel, transforming it from just an alcoholic liquid to the beautiful scotch that is adored the world over. During this time the wood interacts with the spirit and imparts different flavours upon the developing whisky, depending on the type of wood and what the cask might have held previously.

Nearly all scotch whisky is matured in either former bourbon or sherry casks, with the wood being either American or European oak. However, in the past few decades distillers have begun to be increasingly adventurous with their choices of casks. A master distiller might choose to move their maturing spirit into a secondary cask of a more exotic persuasion, this process is known as cask finishing.

Bourbon and sherry are often still used for finishing casks, with sherry delivering sweet ripened fruit notes like figs or dates, being a popular choice for Macallan. Meanwhile ex-bourbon casks often give off vanilla, caramel and honey, with bourbon casks being the most common throughout the entire maturation process due to the high availability of bourbon casks.

At one point there was heated debate about the use of casks other than sherry and bourbon for finishing, with more exotic barrels such as rum, Bordeaux wine and cognac being decried by many critics as inauthentic. Thankfully, perceptions have changed drastically with these exotic finishers now being extremely popular among the public and collectors alike for their utterly unique characters.

The process works by the wooden casks absorbing some of the alcohol that is contained within, from previous maturation processes. For instance a Caribbean rum cask will absorb a small amount of rum, so that when the cask is then passed to a whisky distillery the rum will introduce its own unique flavours to the scotch that now fills the barrel.

While this appears to be a modern trend, the whole reason the scotch industry has to import casks on an industrial scale from further afield, is deeply rooted in the history of Scotland. Nations like France, protected their forests for the coopering of Bordeaux casks, meanwhile the United States is so large that there was a vast expanse of untapped forests during the 1700s. The United Kingdom on the other hand, had decimated its own supply of deciduous woodlands for farming and shipbuilding. This meant that Scottish distillers had to rely on outside sources for their casks, often making do with whatever they could find.

It was in the 1980s distilleries such as Balvenie and Glenmorangie pioneered true cask finishing. By the advent of the new millennium this trend had become widely hailed as an exciting new method of whisky distilling, with the cask choices becoming ever wilder since. Expressions of various popular scotches have been released using rum, champagne, IPAs, cider and even tequila!

However, care must be taken by adventurous distilleries, for the Scotch Whisky Regulations 2009 laid out that there must be a historical precedent to the casks used. For instance using a tequila or cider barrel for finishing can mean that the whisky could no longer legally be counted as scotch. For distillers this represented a trade off, since they might not be able to call their whisky scotch for branding purposes, but the excitement of a unique and different expression might attract collectors and curious consumers. This meant that for a long time exotic cask finishes were hamstrung, but regulations loosened in 2019 allowing for a whole host of avant-garde casks.

Overall cask finishing is a new science in the field of scotch whisky. While regulations might be tight at the moment, it seems the rewards are paying off for the distilleries that take the risk. For whisky investors cask finishing is helping scotch to reach new audiences and allows it to further capitalise on the premiumisation trends that the alcohol industry is undergoing.

If you wish to find out more about whisky investing and collecting, contact us to speak to one of our experts.