Want to know more about the distillation process? How to taste whisky? This article is a short introduction to some of the key terms that are used to talk about whisky and whisky cask investment. 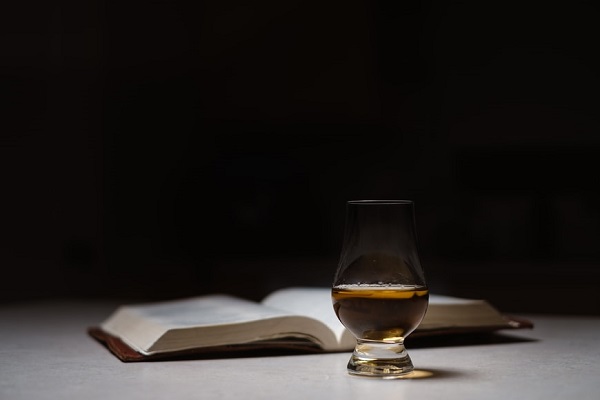 Whisky or Whiskey? An often debated topic, but at its heart it is to do with the geographic location of where the spirit was distilled. If the liquid was distilled and matured in Scotland, Canada, Japan or anywhere else that draws its inspiration from scotch, then the spelling is ‘whisky’. If the whisky is from Ireland or the USA then it is spelt ‘whiskey’. Naturally there are exceptions to the rule, but as a whole the spelling depends on where the distilling tradition draws inspiration from.

Scotch is any whisky that was distilled and matured in Scotland. Legally a whisky cannot call itself scotch unless it is from Scotland. While other countries like Japan and Australia might draw inspiration from scotch, they are not recognised as such. It must have been matured for a minimum of three years for it to be scotch, otherwise it is known as New Make Spirit or Clearic.

Malt Whisky is any barley based whisky that uses the malting process.

Grain Whisky is any whisky that uses unmalted barley, wheat or maize produced as a continuous process in a column still. Grain whisky is frequently used in blended whiskies, although some very rare single releases have occurred.

Single Malt Whisky is any scotch that was made in one singular distillery and is not blended with any other whiskies from other locations. However, this does not mean that it originated in the same cask, and can still be blended from multiple casks from the same distillery. Once a very uncommon occurrence, in the past few decades they have risen to prominence.

Blended Whisky is any whisky that is made up of malt and grain whiskies from a variety of distilleries. Different whiskies are carefully selected in order to create a distinct palette. Still the most common type of whisky found in the market. There must be a minimum of 40% malt used in the blend. See our article for a full breakdown on the differences between single malt and blended whiskies.

No Age Statement (NAS) is a recent trend among many of the largest drinks producers in the world, whereby they do not put the age statement of the bottle. This is common with more experimental releases which focus instead on a unique characteristic, rather than tried and tested age. Prices can vary depending on the whisky. While this has been welcomed in the well established western markets as innovative, many of the growing Asian markets prefer age statements.

The Proof is a measure of the content of ethanol in an alcoholic beverage. It varied by country with UK and US distillers measuring the alcohol in different ways, but often was considered double the alcohol by volume (ABV). Between the 70s and 80s the EU, Canada, the US and finally the UK transitioned to just using the ABV to measure alcohol content.

Alcohol by Volume (ABV) is the modern measure of the ethanol content of an alcoholic drink. It is calculated as the millimetres of ethanol within 100ml of liquid, sitting at 20 degrees celsius, as a percentage. It is the internationally accepted measure of alcohol content.

Cask Strength is simply any whisky that has not been substantially diluted since being moved from cask to bottle. Most whiskies are diluted in order to bring them down to a lower ABV for consistency with consumer expectations. These cask strength whiskies certainly don’t hold back, often being around ABV 57-63%!

Regauging is the health checks carried out on a cask of whisky while it is in storage. See our article for the details about the regauging process.

Terroir, a complete picture of the region a spirit is distilled in, taking into account climate, geology and overall geography of the region. It is believed that the region’s characteristics impact the overall profile of the spirit distilled within. Originally coined for wine in France, but the 5 whisky regions of Scotland are considered terroirs: Speyside, Lowlands, Highlands, Islay and Campbeltown. See this article for our analysis and comparisons on the different whisky regions.

Malt is barley that has been soaked so that it begins to germinate and then is heated to halt the process. The malting process causes the barley to convert starch into sugar compounds which will facilitate the entire fermentation process. During the heating process, taking place in a large furnace, some whiskies lace the furnace with peat to impart this quality onto the malt.

Wort is the sugary liquid that is combined with yeast for fermentation and then added to the stills for the distillation process.

Wash, referring to the fermented wort that all whisky starts out as, being very similar to a 6-7% ABV beer.

Marrying is the process by which whiskies are blended in a large container, before being bottled or returning to the cask for extra finishing time.

Angel’s Share is the whisky that evaporates as it matures in the cask. It is dependent on a number of factors such as temperature, but normal evaporation sits at around 2% per year. Read the full details about the Angel's Share here.

Devil’s Share is the whisky that is absorbed into the wood of its cask.

Mothballing, when a distillery is closed down but still has the potential to be reopened due to much of the production facilities remaining on site.

Peat is a compressed layer of earth made up of decaying organic matter, which when used in the malting process imparts a rich earthy, smoky profile to the scotch. These would be classed as Peated Whiskies which are common in the Highlands region. Find out more about peated whisky here.

Congeners are the impurities that form during the fermentation process, many believe congeners are what gives the whisky its character.

Cooper is someone who builds casks for the maturation of spirits such as whisky.

Floor Maltings are a rare sight these days, since it involves the barley being malted by hand rather than through a drum or other industrial process.

Drum Malting is the modern way that barley is malted, using a large rotating drum that constantly turns throughout the entire process.

Kilning is the process by which barley is heated to halt the germination and keep the right level of starch.

Cask Finish is when the whisky is transferred from its primary cask into a secondary or tertiary cask. Recently it has become trendy to use a more exotic cask during the finishing period such as rum or IPA. Sometimes called Additional Cask Enhancement (ACE).

Hogsheads, Butts, Barrels and Casks, are the storage vessels for maturing scotch. We've written an article detailing the differences between whisky casks which explains things in a lot more detail.

The Equipment and Facilities

Pot Still, the most traditional still used by modern distilleries. Dating back to the earliest days of scotch production, they are always made of copper. The alcoholic liquid is heated to the point where the alcohol evaporates but the water does not. This means that the evaporated steam is more concentrated with alcohol, whereby they condense at the top of the still and the liquid is collected.

Lomond Still, a modified pot still with an extra condenser fitted to the head. Developed in 1955, it allowed distilleries to produce multiple different whiskies of varying characters. This means a single distillery has access to multiple different blending components.

Saladin Box, a traditional device used in the malting of barley. It is a large trough with a grated floor, malted barley is placed into the trough and screws are turned to stir the grains. Meanwhile air is blown into the trough to cool the malt.

Worm Tub, a tube which is coiled in a large tub. Worm tubs capture any evaporated vapours coming off the still. They are not commonly found and are quite a rare feature for distilleries.

Steep, the vessel in which the malted barley is ‘steeped’ or soaked in water to kick start the germination process.

Dunnage Warehouse is a traditional warehouse used to store maturing casks of scotch. They are quite short buildings, made of stone with earthen floors. Casks are stacked no more than three high to ensure the greatest levels of air circulation, meanwhile the bare floors allow a greater level of humidity. Many believe that these produce a higher quality of whisky, however, this means running costs are more expensive since casks need to be turned by hand.

Racked Warehouse, an alternative to the more traditional dunnage warehouse, where they are far larger and stack casks up to eight high. Casks can be turned by heavy machinery like forklifts, helping to save on operating costs.

First Fill Cask is a cask that has only ever been used by another industry once, having previously contained a spirit such as a sherry or bourbon. These casks are then passed onto the scotch industry where they are valued for containing the residue of the previous spirit and more exotic flavours can be imparted from this cask into the maturing scotch. Each time a cask is refilled, less and less of that original spirit is present, meaning that less flavour is imparted.

Dram, the Scottish term for a measurement of whisky, although there is no fixed amount!

Balance refers to how well the flavours of a whisky complement each other.

Ethereal is the word used to describe the light aromas present on a first nosing of whisky.

Finish is used to describe how long the flavour of a whisky lingers in the palette after being imbibed. Critics generally say the longer the finish the better the whisky.

Nosing is when you take in the aroma of a whisky before you take a drink.

Palate is the taste of the whisky, divided into stages with early and late used to describe different characteristics.

If you wish to find out more about scotch and what these terms mean for whisky investment, contact us today using the form below.