The Royal Family has a long history with scotch whisky, but how far does it go? 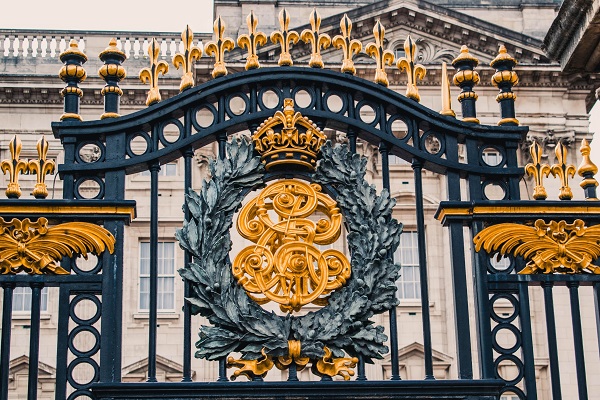 The British Royal Family has had a long and storied history with scotch whisky dating back to the 1800s, with the Platinum Jubilee this weekend we are going to explore the links between the two.

The origins of the British Family and their initial encounters with Scotland’s finest dates back to King George IV, in his visit to Scotland in 1822. Known for his extravagance and fondness for fine alcohols, the King had heard tales of scotch. He asked to try a dram while awaiting the crowds at Port Leith, with his confidant, the legendary writer Sir Walter Scott providing a glass of Glenlivet. While records are scant as to what the King thought of the whisky, the following year the excise act was passed meaning that distilleries could apply for a legal licence to make whisky. It is believed that a large amount of the distillery’s small output helped to fuel the King’s visit.

King George’s brother, William would then succeed the throne, as King William IV in 1830. He would be the first British monarch to issue a royal warrant for a whisky distillery. Captain William Fraser, a hugely divisive figure in Scotland, was a savvy businessman. In order to promote his Brackla distillery he shipped large quantities of scotch whisky down to London to be sold to the elite of society. At the same time he leaned on his contacts in the armed forces to obtain permission from the king to use the Royal Coat of Arms on his distillery's branding. A royal warrant was issued, meaning that the whisky of Brackla was officially endorsed by King William IV. This would lead to the distillery’s name changing to Royal Brackla, a name it has kept since.

Royal Brackla was not the only distillery to curry the King’s favour, for Captain Robert Barclay Allardice was also a close friend of King William IV. Much to the ire of Fraser, Barclay’s own Glenury distillery would also receive a Royal Warrant. Unfortunately Glenury distillery closed its doors for the last time in 1992, with its revival being highly unlikely due to the original site and building having undergone development into apartments.

Queen Victoria, having succeeded King William IV in 1837, perhaps contributed the most to establishing scotch as the royal tipple of choice. Early correspondence shows the young Queen ordering large casks of scotch for the royal wine cellars, in particular: ‘another batch of the best Islay whisky for Her Majesty’s Establishment’. She would also renew her father’s royal warrants for Brackla and Glenury distilleries.

Many other distilleries would attempt to curry favour with the Queen, such as Ben Nevis who sent a cask, but was ultimately unsuccessful in its efforts. It wasn’t until 1848 when the Queen purchased the Balmoral Estate that the Royal Family and the scotch industry truly intertwined. Sitting opposite the beautiful estate, across the River Dee was the Lochnagar Distillery. The distillery’s owner William Begg invited the Royal Family over to visit his operation and to his surprise was greeted by the Queen, Prince Albert and their three children the following day.

According to legend this was the first distillery tour given, a trend that shows no signs of slowing down with whisky distillery tours being a must for all tourists to Scotland. This tour was no different with Queen Victoria seeming to have thoroughly enjoyed herself, certainly enough to issue a royal warrant to the distillery.

In her personal life, even during her dour years after the passing of Prince Albert, the Queen was a firm fan of a dram. It is said that during celebrations such as the fall of Sevastopol during the Crimean War, enormous quantities of whisky were consumed by the Queen and her court. Legendarily she would add a tipple of scotch to her wine to fortify the drink, although this came from Sir William Gladstone, the British Prime Minister she clashed the most with.

After 1895 when the stories of the Queen’s fondness for scotch became public, outrage spread among teetotalers, who tried to smear the Queen. However, this would backfire as the middle class began to rapidly adopt the drink, transitioning whisky from a drink of ill repute to a trendy beverage. In one particularly memorable poem it reads:

Them TT blokes ’ave got a sell,

Because the Widdy fancies – well,

’Er drop o’ Scotch the same as us!

(Widdy is a reference to The Widow, a name many of the commoners used to talk about Queen Victoria in her later years)

During the later years of her reign both Ballatine’s and Dewar’s would also receive their warrants. Chivas Brothers can also claim their origins from the Victorian period, with them receiving a royal warrant for the supply of luxury foods for the royal household. It would not be until 1909, well after Victoria’s death that they released the Chivas Regal, although other official royal expressions were released beforehand.

One of the world’s most popular whiskies, Johnnie Walker would have to wait until 1934 to receive their royal warrant from George V, just a few years before his death. In later years under Queen Elizabeth II, Famous Grouse would obtain their own warrant in 1984. Bowmore was, however, the first distillery she ever visited, in 1980. A cask of Bowmore was gifted to the Queen on that day and in 2002 she bottled it, with 648 bottles in total. Every year since the Queen has donated 3 bottles a year to various charities, with bottles being auctioned off for $50,000.

Her son, Prince Charles is perhaps the latest in line for tying the royal family to scotch. It is not secret his love of peated malts, with him reputedly saying that Laphroaig is his favourite. In particular the 15 year expression, so it comes as no surprise that Laphroaig obtained its warrant in 1994. The Prince would go on to revisit the distillery for his 60th birthday, as well as the distillery's 200th anniversary.

The story of how the Royal Family has a deep rooted passion for scotch whisky is indeed a fascinating one, so when you are celebrating the long bank holiday weekend, perhaps try a dram from one of the aforementioned distilleries?