The Terroirs of Scotch Whisky

Read our breakdown of the different scotch whisky producing regions of Scotland. With over 130 distilleries drawing upon their terroir in order to shape their unique character, it can seem a little overwhelming for those interested in whisky investment. 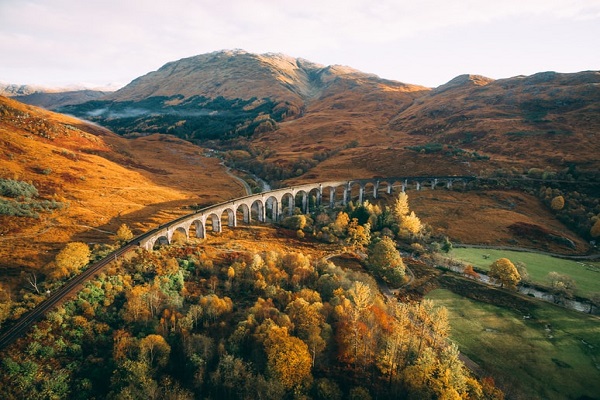 Often used in reference to wine, a terroir is the complete natural environment that a spirit is produced in, taking into account the soil, topography and climate of the region. Scotch whisky regulations have grouped scotches into five distinct Scottish whisky producing regions or terroirs: Highlands, Lowlands, Islay, Speyside and Campbeltown along with the unofficial Islands grouping.

In this article we will break down the meaning and profiles of these terroirs in order to understand what they mean for scotch cask investors and how each region has its own distinct character.

Nowadays the Lowlands is a protected locality by UK government legislation and in 2019 was home to 18 distilleries. As the main agricultural region of Scotland, access to a wide range of wheat and rye along with barley has meant that there is a much greater proliferation of grain and blended whiskies than the other terroirs. Unlike Irish whisky, most scotch is distilled twice, however there is a trend among some Lowlands whiskies towards a triple distillation process which is claimed to produce a smoother profile.

The lack of peat bogs and fertile sedimentary soils has meant that many of the Lowlands scotches lack the smoky spice of their more northerly cousins. Instead the whiskies of the Lowlands have a softer profile with far more emphasis on notes of citrus and other dried fruits. Although some distilleries buck the trend and include peated barley, such as Ailsa Bay and Annandale.

Located on the picturesque Kintyre peninsula, Campbeltown is the smallest of the whisky producing regions. At one point it hosted over 30 separate distilleries, however that number has dwindled down to just three: Springbank, Glengyle and Glen Scotia.

These remaining distilleries have a dedicated following due to their extremely high quality and unique character. For cask whisky investors, Campbeltown whiskies are often sought by collectors. They are often a unique blend of briney coastal influences with vanilla and fruity notes. There have been a limited number of peated scotch releases, although these drams are very much collectors items.

The Isle of Islay

Nearly all of Islay’s nine active distilleries had their roots as small farm based stills, which hid in remote glens and caves when the excise duties were brought in. The profiles of modern Islay malts match their rebellious and underground past, with strong oily and smoky flavours with a heavy emphasis on peated whiskies. Islay whiskies stand in stark contrast to the Speyside and Lowlands scotches evoking the unkempt passions of the Scottish Western Coastline.

Due to the Isle of Islay being very sparsely forested the peat bogs lack a lot of rotting wood within them, with many connoisseurs stating that this is what makes the peat of Islay so perfect for making full-bodied scotch whisky. Another factor adding to Islay’s potency as a centre for scotch is the easy access to soft water sources such as streams and lochs, creating a unique contrast in profile.

At one point 95% of all the whisky was used in blended malts of some of the largest brands such as Johnnie Walker, Bell’s, Chivas Regal and Famous Grouse. However, with consumer taste preferring single malts, priorities at many Islay distilleries have changed and as a result many of these single malts have become potentially very lucrative collectors’ scotches. For cask whisky investors, Islay scotch represents a solid but bohemian addition to an investment portfolio.

In terms of geographic size, the Highlands is the largest whisky terroir, spanning across the north of Scotland and officially including the offshore islands as well. Highlands’ scotches are as diverse as the moors, mountains, forests and coasts they inhabit, making generalizations of character almost impossible.

The Highlands accounts for a quarter of the entire Scottish whisky market with many of the largest brands drawing their malts from this region’s distilleries such as Ardmore, Balblair, Dalmore, Glendronach, Glenmorangie, Royal Brackla, Tullibardine, Tomatin and many more. In total there are around 30 surviving distilleries in the Highlands.

One important note for the discerning cask whisky investor is that the Highlands is where the only three distilleries with a Royal Warrant enables them to use the word Royal in their name: Royal Brackla, Royal Lochnagar and the now defunct Glenury Royal. For investors these hallowed scotches are of a particular note due to their ties to some of Britain’s most famous monarchs such as Queen Victoria.

The most important thing to note about the Highlands is the renewed interest in whiskies from this region, which has spurred many companies to revive extinct distilleries such as the ongoing revival of the Brora Distillery.

Producing almost 50% of Scotland’s whisky, Speyside is the most densely populated with distilleries, out of all of Scotland’s terroirs. Over 50 distilleries inhabit Speyside with such famous names such as The Macallan, Glenfiddich, Aberlour, Glenfarclas and Balvenie among their ranks. The two best selling single malt whiskies, Glenlivet and Glenfiddich hail from this region.

Speyside whiskies benefit from a number of unique environmental features that distillers have capitalised on, being located close to much of Scotland’s barley producing farmland and having the River Spey running through its warm and fertile valleys.

The geology of Speyside has had a marked impact on its native whiskies due to the heavy presence of Precambrian quartzite in its water sources. This quartzite originates from the depths of Earth’s prehistory to a time when the earliest forms of life were arising from the primordial soup some 4.6 billion years ago. The quartzite helps to keep minerals from dissolving too much into the water, meaning that the water used for Speyside malts is rather unique in its purity.

Speyside scotches tend to be more fruity and due to a lack of peat bogs in the terroir they stand in stark contrast to the harder character of Islay whiskies. This lighter and sweeter profile allows these scotches to reach much wider audiences which is why they are so popular for the average cask whisky investor.

Unlike the aforementioned regions the Islands are not officially recognised as a distinct whisky producing region by the Scotch Whisky Regulations, instead falling under the Highlands region. Although at Hackstons we would be remiss if we did not discuss the Islands separately here.

This terroir encompasses the islands of Arran, Jura, Mull, Orkney, and Skye each with their own unmistakable characters and flavours. Each of the Islands has its own dramatic scenery and environments from the windswept moors of Skye to the storm battered shores of the Orkney Islands which is what gives Island scotches their distinctive profiles.

The main commonality between them is the use of peat and the smoky undertones this lends the scotch. While not as powerful as the peated whiskies of Islay, the smoky flavours and coastal notes are in many ways similar, but the peat itself varies wildly from island to island lending to a unique palette for each island.

While slightly more niche than other regions, the Islands represent the holy grail for many cask collectors with famous distilleries such as Arran, Jura, Tobermory, Highland Park, Scapa and Talisker calling this terroir their home.

In conclusion, scotch whisky is heavily dependent on the environment in which it is distilled, the unique flavours and overall character of the scotch can be heavily influenced by which terroir it originated.

If you wish to find out more about how different regions of scotch whisky production can affect its value for whisky cask investing reach out to us using the form below.