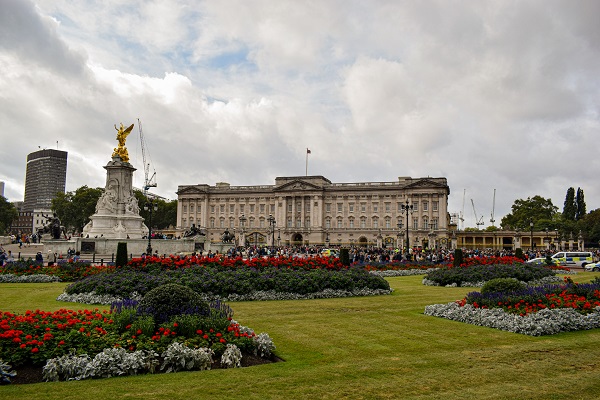 Since the 1500s the Royal Family of the United Kingdom have held the power to issue royal warrants to certain companies and merchants. A royal warrant is used as a mark to show that the company is an officially recognised supplier of the British Royal Family, while also providing for the brand a seal of high quality. This allows these companies to use the appropriate royal coat of arms when advertising their products. In total over 925 products and services carry such a warrant, some of which are scotches. For a whisky, obtaining a royal warrant is one of the highest awards to be granted in terms of quality, due to the monarchy’s close ties to scotch whisky.

Operating as the whisky arm of drinks giant Bacardi, John Dewar & Sons own a number of the most prestigious distilleries in Scotland including Dewar's, Aberfeldy, Craigellachie, Royal Brackla, Aultmore, The Deveron, Glen Deveron. Of particular note in their portfolio is Royal Brackla, which is the first distillery to ever receive a royal warrant, back in 1833.

The warrant was issued by then reigning monarch King William IV, who often eschewed more opulent displays of wealth, to the point that he even offered up Buckingham Palace as a barracks to the army. Thus scotch whisky was an obvious choice for his court over brandy and champagne, although being a vehement francophobe also helped! This led to Royal Brackla being known as ‘The King’s Own Whisky’. Since then every reigning monarch has renewed its royal warrant.

Being the nearest distillery to the Royal Family’s Balmoral Estate, it comes as no surprise that this prestigious whisky would receive a royal warrant. In 1848 the owner of Lochnagar distillery, John Begg invited Prince Albert (Queen Victoria’s husband) to the distillery, not expecting a reply. He would be surprised to see the following day that not only had Prince Albert arrived, but the Queen herself, along with their children. Sometimes described as the first ever distillery tour, the Queen and her household had been significantly impressed, enough to grant the distillery a royal warrant.

Despite being around since the 1820s, Johnnie Walker did not gain its royal warrant until the reign of King George V. Just two years before his death in 1936, the King granted Johnnie Walker a royal warrant in recognition of the quality and popularity of the blend. The King’s relationship with whisky was complex, with him and his household abstaining from alcohol throughout the First World War in order to set an example to the populace. Although after the war no such obligations were kept upon the household.

In honour of the 75th anniversary of this warrant, Johnnie Walker released the King George V blend in 2007. This blend was created using only whisky from distilleries that were active during his reign (1910-1936).

The next whisky to receive and still have a royal warrant up until the Queen’s passing is The Famous Grouse. While Queen Elizabeth herself was more of a gin drinker, The Famous Grouse was one of her favourites, with it receiving a royal warrant from her in 1984. While the Queen might have enjoyed a dram, it was Princess Margaret who really loved this blended whisky. So much so, that when she travelled around the world, UK embassies would make sure to stock a few bottles in case she visited.

The most recent whisky to receive a royal warrant on this list is the legendary Islay distillery Laphroaig. It is also the only one granted to a distillery so far by our current reigning monarch King Charles III. Often rumoured to be the King’s favourite whisky, in a 1994 visit to the distillery he stated: ‘I think this is a great place. I like the fact that you follow the traditional methods. Do not let anyone change it.’ After which, Laphroaig officially received its royal warrant.

Furthermore, on his travels meeting other world leaders he gifted bottles of Laphroaig, such as to President Kucan of Slovenia during his last visit. He is also a member of the Laphroaig Appreciation Society, so it is little wonder that it is his favourite whisky.

While it is highly likely that the majority of this list will have their royal warrants renewed, it will be interesting to see if Prince William will award a royal warrant to any other brands or distilleries. Although the Prince has described himself as a ‘cider man’ so it is unknown if he has a favourite dram like his father.

For whisky investors the awarding of a royal warrant can help to increase the value of the cask due to the mark of quality and the currying of royal favour. If you are interested in finding out more about the whisky investment industry, get in touch with us today!