Women in Whisky: The History

Unfortunately whisky holds a male dominant perception, although once you actually look into the history of scotch, some of the biggest movements within the industry have been driven by female figures. Find out more below. 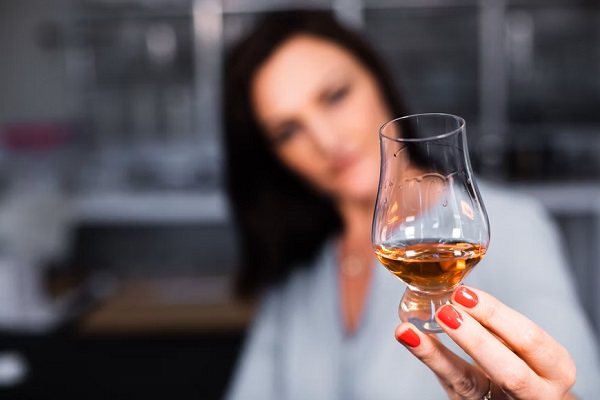 In our latest video in our Meet The Pros series, we caught up with the wonderful organisers behind the Women’s Whisky Night at Milroys’ in East London. In the video we discussed the changing perceptions of whisky and how women are helping to move the perception of whisky away from the stereotypical male whisky drinker. In this article we will take a look at some of the most prominent female figures within the illustrious history of scotch whisky and how they shaped the industry.

Born in 1903, Ethel Greig Robertson, would go on to be one of the biggest players within the scotch industry from the middle of the 20th century until the modern day. Inheriting her father’s whisky business alongside her two sisters, Ethel was quick to guarantee the independence of the company. Thus she founded The Edrington Group in 1961, one of the largest companies within the scotch industry, whose portfolio contains brands such as The Macallan, Highland Park, The Glenrothes, Famous Grouse and North British.

The Edrington Group was established in order to ward off attempts of purchase by larger companies such as Seagram. Ethel, or “Miss Babs” as she was affectionately known, was concerned of a hostile takeover threatening the wellbeing of the staff at her distilleries and refused all offers to buy shares in the company. According to everyone who knew her, she was a savvy businesswoman but also fiercely cared for upholding a high ethical standard in business.

This would transfer into her charitable efforts, alongside her sisters with the formation of the Robertson Trust, which is the largest independent charitable trust in Scotland. Since 1961 over £152 million has been donated to various charities across the country and supporting disadvantaged youngsters in attending higher education institutions.

In her personal life she was extremely adventurous, being an avid hunter of stags and having a deep love of driving. Just like the premium whiskies that The Edrington Group is famous for, Miss Babs loved her Aston Martins. Unfortunately that passion for driving led to her death in an accident in 1985 at the age of 82.

Ethel “Miss Babs” Greig Robertson was an indomitable force that helped to shape the landscape of the whisky industry and led by example in sustaining a care for both the scotch and the people who create the water of life.

This next figure is unfortunately a lot more mysterious, but nonetheless equally as fascinating. Little is known about her life outside of the writings of the mystic Zosimos of Panopolis, but from what can be ascertained she lived somewhere between the 1st and 3rd century A.D. in the cosmopolitan city of Alexandria, in Egypt.

Also known as Maria the Copt, due to her Egyptian roots, she is noted by scholars as the first alchemist in the western world. But what does this have to do with whisky?

Alchemy was in many ways an early form of chemistry as mystics seeked to unlock the secrets of the elements and the world itself. In fact modern chemistry evolved out of these alchemists as the scientific process began to emerge. Mary in particular was famous for the creation of a number of chemical apparatus that are still used today. Most notably the still, which is vital in the creation of whisky. In fact it is written that it was Mary who perfected the distillation process in her attempts to create gold from other elements, by using three armed copper alembics. To this day copper stills are very much the standard within the scotch industry and her discoveries in the methods of distillation have largely remained unchanged.

Much of her personal life is a mystery, with many records of her works having been destroyed in the sacking of the Great Library of Baghdad by the mongols. What remains is that without Mary, the very methods of whisky production might not have arisen!

Born in 1896 in the town of Kirkintilloch, near Glasgow, Rita’s father was the local doctor and she lived alongside her three siblings. Growing up, the First World War loomed gloomily over her formative years, with the man she was engaged to having been killed in the conflict. In 1918 her father passed away, leaving the family at risk of financial ruin, thus they began to take in lodgers in order to pay the bills. One day an ambitious young Japanese chemist named Taketsuru Masataka paid a visit in order to teach Rita’s younger brother Judo.

Taketsuru was studying at the nearby University of Glasgow, having come from a long line of sake brewers. He quickly fell in love with two things, Rita and scotch whisky. Rita returned his affections and the couple married in 1920, despite opposition from both their families. Shortly after, they travelled to Japan and worked to found the first Japanese whisky distillery utilising the knowledge gained in Scotland.

Selecting Yoichi in Hokkaido, in 1934, due to the climatic similarities to Scotland, this distillery would evolve into the Japanese whisky giant Nikka. Rita supported her husband the entire time. But it would not be long before the shadow of war would once again emerge in her life. During the Second World War, she narrowly avoided internment due to her Japanese citizenship. Although her home was raided multiple times by the Kempeitai, who accused her of being a western spy. Neighbours would avoid her and children would throw rocks at her home. Nonetheless she continued to labour alongside her husband in building up the Japanese whisky industry.

After the war she went back to teaching English in order to help fund her husband’s ambitions and was a formidable businesswoman in her own right. She was a noteworthy philanthropist setting up the Rita nursery to help support orphaned children from the war. Her legacy remains as the road outside the main train station in Yoichi was renamed ‘Rita Road’.

The first woman to manage a scotch whisky distillery, her contribution to the modern whisky industry is second to none being the person who launched single malts into the forefront.

Born in 1910, she studied at the University of Glasgow and took up part time work as a shorthand typist at the Laphroaig distillery on Islay. Only intending to stay for a few months, she quickly became a trusted confidant of the owner, Ian Hunter. From there she would rapidly climb the ranks becoming office manager, then in 1938 she became the head of US distribution. After Ian Hunter had a stroke, Williamson would take the mantle of full-time distillery manager.

Under her stewardship, Laphroaig distillery managed to avoid the pitfalls that befell many distilleries during the Second World War. Most distilleries during this time were mothballed as grain production was needed for the war effort, meanwhile the large warehouses meant that they were perfectly suited for storing munitions.

Williamson safeguarded her casks, ready for the end of the war whereby she could resume business as usual. While originally pursuing the old strategy of creating whisky for blends, she began to notice the potency of peated single malts and their growing popularity. She positioned Laphroaig perfectly to capitalise on this trend and in recognition of her efforts the Scotch Whisky Association named her their spokesperson for America in 1961.

Williamson passed away in 1982, she was always noted for her kindness and compassion, often hiring elderly or unskilled people and training them in the craft of scotch whisky. Her careful steering of Laphroaig has led it to become the powerhouse it is today.

There are many more famous women in whisky that we have not covered yet, do make sure to check back for when we take a look at some of the women pushing the industry forward into the future.