Is Peated Whisky Under Threat?

Recently a number of articles have talked about the current shortage of peated malt besetting Islay, but is it all gloom and doom? What does this mean for whisky investment? 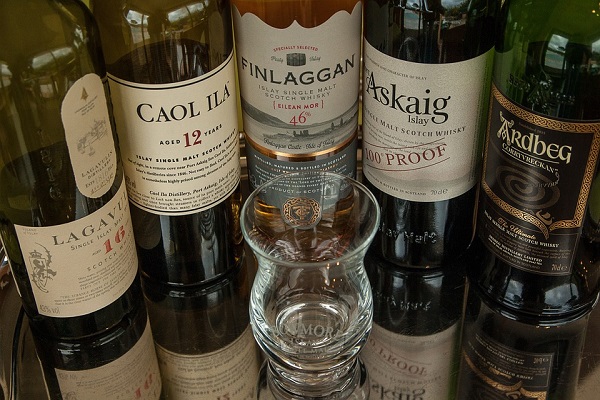 Islay whiskies are most often characterized by their peated nature. The rich salty and smokey flavours stem from the island’s rugged coastal climate. In total there are nine distilleries located on Islay: Ardbeg, Ardnahoe, Bowmore, Bruichladdich, Bunnahabhain, Caol Ila, Kilchoman, Lagavulin and Laphroaig, although more are set to open in the coming years. Recently articles have been published talking about the struggles of sourcing peated malt to meet the needs of these outstanding distilleries, some more gloom and doom than others. In this article we will examine whether peated whisky is under threat and what the implications might be for whisky investors.

When malt is prepared for whisky it is dried in a large kiln through the burning of coal, or if the whisky is to be peaty, by burning peat. As discussed before, peat is decayed and compressed plant matter found in various cold bogs across Scotland. However, the peat bogs from which the substance is harvested are getting rarer and rarer as human development encroaches upon these ecosystems.

There have been numerous studies confirming that these environments are in decline, with nearly 80% of the peat bogs having been destroyed in the past century. Although much of the remaining land is currently under protection and distilleries are more careful to ensure they have a ready supply of peat.

However, the issue is not simply a shortage of peat in and of itself, but rather the sheer scale of the demand. Islay is a small island, having an area similar to that of London, with a population of 3,200. Despite this, Islay whiskies are world renowned for their quality, with names such as Ardbeg and Laphroiag being household names across the globe.

The problem is that scaling to meet the demand for these whiskies is extremely difficult. The small population means that hiring additional staff for the distilleries is hard, compounded by the fact that it is separated from the mainland, making it harder to entice people to move there. Due to being an island as well, Islay relies heavily on ferry links to import and export its wares. This means that with the ongoing supply chain crisis, Islay is not in a good position to boost its capacities to meet global demand thus stretching stock.

All of these reasons filter into the current primary cause for the lack of peated malt, the fact there is only one malting facility on the island. The Port Ellen Maltings facility, owned by Diageo, is lowering the supply of peated malt to its clients according to sources. This will make competition even fiercer for its limited production as brands battle to obtain the ever diminishing stocks of peated malt. Potentially by 2023, non-Diageo owned distilleries may not be able to purchase peated malts from this facility.

This means that while Islay peated malts might not necessarily disappear, but they are going to become a lot rarer in the coming years. Another three distilleries are currently in planning or under construction at the time of writing meaning that supplies are going to be stretched ever further. This means that either the distilleries will have to source peated malts from elsewhere, malt it themselves (a very costly procedure that few modern distilleries perform) or switch their styles. Overall this means that while peated whisky is not under threat, it is to become much rarer since this will have an overarching knock on effect for other peated styles other than Islay.