What effect does the natural world have on scotch whisky and what does it mean for whisky investment? 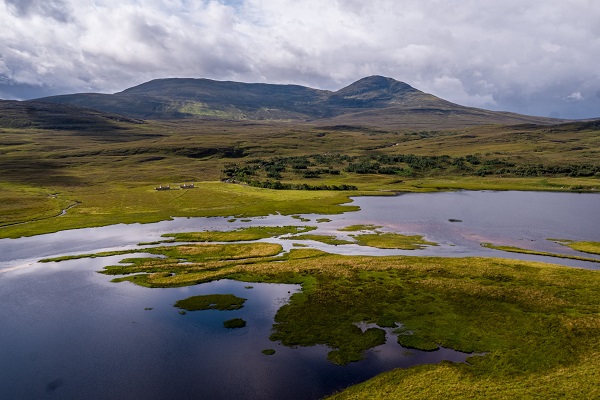 With the arrival of World Environment Day we are examining the link between scotch whisky and how the natural environment of Scotland is of the utmost importance to the distillation process. In this article we will cover the natural features that combine to make Scotland the perfect place to produce the world’s most popular whiskies, as well as possible threats to these features.

Like much of the British Isles, Scotland holds a temperate climate, meaning that seasonal changes are milder than much of the world. We have written before on how the Angel’s Share is the amount of liquid that evaporates in a cask during the maturation period, a large contributing factor to what percentage leaves the cask is the temperature. Essentially the warmer it is, the more whisky the Angels take for themselves.

The closer to the tropics you get the harsher the Angel’s Share is, in India one year of evaporation is the same as three in Scotland due to the increased heat. Meanwhile the further north you go, the slower the maturation rate, as temperatures drop to freezing. Whisky, like most strong spirits, does not freeze unless it reaches a temperature lower than -27°C , but low temperatures during the maturation process can destroy the spirit.

Winters in Scotland are incredibly mild, despite it sitting on the same line of latitude as the Hudson Bay in Canada and further North than Moscow. Scotland, like the rest of the British Isles, is warmed by the Gulf Stream. The Gulf Stream is an oceanic current that originates in the Caribbean and travels up the Atlantic towards the British Isles and Iceland. These warm waters are what gives Scotland its mild summers and tolerable winters, allowing storage warehouses to minimise the amount of necessary climate control used.

This perfect climate is found in very few other places in the world. In fact when Masataka Taketsuru wished to start distilling high quality whisky in Japan, he chose the northern island of Hokkaido as the place to build his first distillery due to its similarities to Scotland in terms of climate. A similar such story can be seen in Australia, where the largest concentration of Australian distilleries reside on the island of Tasmania. While Tasmania is still warmer than Scotland its milder climate has made it a haven for Australian whisky.

With scientists issuing warnings about the rising temperatures brought on by climate change this would heavily impact the scotch whisky industry due to the higher temperatures meaning that the rate of maturation would increase. According to reports by Glengoyne and the UCL a 1°C rise would mean that the industry would have to radically change their practices.

Overall the scotch whisky industry uses a staggering 61 billion litres of water a year, with the vast majority being used in the cooling process. Most distilleries source this water from private sources, being either lochs, streams and springs to meet the high water standards quality. Scotland's freshwater sources are rather unique, noted for their purity. Most of Scotland’s freshwater originates from the sheer granite based mountains that constitute the Highlands. Due to granite being notably more resistant to erosion than other geological landforms, this means that the water carries less mineral content, making the water ‘softer’. This is important for distilleries as it means that there are less unknowns within the water that could affect the whisky’s taste.

Meanwhile the lochs of Scotland are formed from the end of the Ice Age around 10,000 years ago. During this period, Britain was covered in glaciers up to a mile thick, placing enormous pressure on the ground beneath them. Once these glaciers melted, titanic scars were left across the Scottish landscape, which would eventually fill with water. These geological gouges makeup Scotland’s famous lochs. Lochs are another popular source of water for distilleries, with Loch Lomond being the most famous.

These sources of water are under threat however. Firstly, while most distilleries prefer to source their barley as locally as possible, there can be issues with agricultural runoff. This is the process where fertilizers used on the crops leak into the water supply, causing what are known as algal blooms. Microscopic plants, called algae, grow into thick cloying masses that grow over the surface of the water when exposed to fertilizers. These algal blooms cause plants and animals in the water to die off due to lack of sunlight and nutrients, further poisoning the water.

This can be a huge problem for a distillery which relies on locally sourced water for its products. There have been great strides both from local governments and the industry itself in protecting Scotland’s water from this problem, but it is still very much a threat.

Scotland’s annual rainfall ranks among the highest in Europe, this means that one would assume that worries about droughts are non-existent, but 2018 was a wake up call. In 2018 a lack of rain caused a drought on the Isles of Islay and Skye, meaning that there simply was not enough water to feed the thirsty distilleries. Half of all distilleries on Islay were forced to cease production that year. If droughts were to become more frequent then the scotch whisky industry would be seriously under threat.

Finally we reach one of the Scottish wilderness's most distinctive features, the peat bog.  Across the moors and highlands of Scotland, covered by layers of moss and hardy grasses, are the peat bogs. Plant matter is compressed into a thick crust in these oxygen deprived soils, resulting in the formation of peat. While peat bogs can be found across many places in the Northern Hemisphere, most of them are inaccessible to modern supply chains such as those in Siberia. Scotland and Ireland have the richest peat bogs in the world, with few other countries being able to boast of such a bounty, with over 20% of Scotland being covered by peat.

Many whisky distilleries produce what are known as peated whiskies, which contain that distinctive smokey taste that is either loved or hated depending on who you ask. These peated whiskies burn peat extracted from these bogs during the kilning process in order to give off these smokey flavours.

However, the overharvesting of these peat bogs as well as farmers draining them for more agricultural land has meant that the coverage of peat bogs is greatly diminished. Recovery is not easy, as these iconic landscape features take many thousands of years to develop. But great work is now being done to preserve Scotland’s peat bogs.

It is important to understand the role the environment plays in the creation of scotch whisky. Scotland’s terroirs are unlike any other on Earth and must be protected to ensure the long term survival of industry. By implementing long term sustainability strategies the whisky industry is doing great work in combating the threats of climate change, droughts, water contamination and peat bog depletion but there is still more work to be done.

At Hackstons we are proud to work alongside charities such as One Tree Planted who are helping to protect the natural environment across the world, including Scotland. Be sure to see their website for further information about their efforts in reforesting the world.

Beanie Babies: Why not all Collectibles are Investments