Our Top 6 Whisky Investment Casks of 2021

With over 130 different scotch distilleries in Scotland, what are some of the best whisky investment casks in 2021? 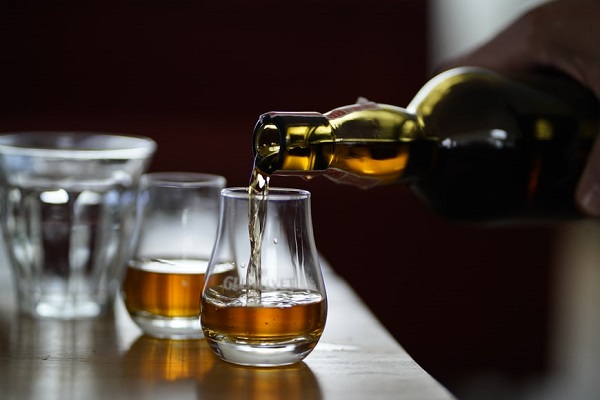 Over the past year we have acquired casks from over 30 different brands of luxury scotch for our clients. In this article we are taking a look back at the year to evaluate some of our favourite casks and why our analysts were so excited about them.

While The Macallan and Highland Park tend to win each year, this time we chose the whiskies that were less well known but extremely exciting for cask investors for their incredible stories and potential:

Our analysts refer to these plucky grain whisky casks as the kingmakers. Essentially, North British is used in the most prestigious and popular blended malts in the world. From the lofty heights of the critically acclaimed Talisker to the absolute domineering ubiquity of Johnnie Walker, North British forms an integral part of these blends.

One of the most interesting whiskies for the discerning scotch investor due to its unique position in the market. Unlike the big names such as The Macallan and Tullibardine, Macduff is a favourite for market specialists and the reason why our own analysts got so excited when the stock came in.

What makes Macduff so powerful is its parent company, the third largest drinks producer in the world, who have fostered a talent for growing in some of the largest and toughest whisky markets in the world. Macduff is used in William Lawson, the most popular scotch in Russian and Eastern Europe.

As well, William Lawson has made significant progress in the largest whisky consuming nation on the planet, India. Just this year it has exclusively launched some of its finest malts in the country to meet the thirst for its drams. With the Indian government looking to remove the current 150% tariff on scotch whiskies, opening up the vast Indian domestic market, the returns for investors could potentially be colossal.

For those not in the know, a ghost whisky is a scotch whisky whose distillery is no longer producing drams. This means that each year the whisky becomes closer and closer to becoming extinct, as those last casks are bottled then drunk. To own a ghost whisky is almost like watching an endangered species and collector’s go wild for them.

Port Dundas is the pinnacle of ghost whiskies due to its two century long history and the fact that its casks are extraordinarily rare. Founded in 1811, the distillery was the largest in Scotland, located just outside of Glasgow. It rapidly gained a reputation for producing exceptional quality malts, both peated and unpeated, as its three column and five pot stills churned out gallons of scotch.

However, this was not to last, after 200 years of making the finest of whiskies the stills stopped. In 2011 was bought by a large multinational beverage alcohol company  and turned it into a historical estate. The actual production of the grain whisky moved to Cameronbridge and thus the last casks of Port Dundas were made. Each year the casks have become rarer and rarer, so this is a unique opportunity for ghost whisky collectors and discerning investors. Owning a cask from this distillery has real collectible value.

Everyone loves a great comeback story and Tamdhu certainly takes the cake! Originally founded in 1896, Tamdhu gained its renown for using exclusively aged sherry casks from Spain as well as being one of the few distilleries that still malts its own barley. However, in 2010 the distillery was closed down, with Tamdhu looking to join the ranks of other ghost whiskies.

Just two years later, however, an independent distiller bought and reopened the distillery in 2013. What followed is one of the greatest success stories in the scotch industry as Tamdhu rapidly regained its status as one of the premier whiskies and investors certainly sat up and took notice of Tamdhu’s rebounding popularity. With its charming Speyside fruitiness and rich potential Tamdhu holds a special place for cask investors due to its resilience as ‘The Comeback Kid’.

Another Speyside whisky, Benriach is anything but stereotypical in its past. With its distillery being founded in 1898, it was mothballed barely two years later in 1900. For 65 years its stills sat quiet as instead the buildings were used to produce floor malts to its sister distillery Longmorn. To aid the cooperation of the two sites a private railway was created to ferry barley, coal, peat and barrels between the two, with the locomotive affectionately named ‘Puggy’.

The obscurity was not to last, after changing hands multiple times over the decades the distillery was eventually purchased by an independent consortium headed by Billy Walker, an industry veteran and former director of Burn Stewart. Scrapping the old lines and instead bringing in the far bolder character of its landmark 12 and 16 year old expressions, Billy Walker took Benriach from a footnote in whisky history and thrust it into the spotlight of every scotch enthusiast from Aberdeen to Auckland.

Winning various awards such as 2007’s Distillery of the Year from Malt Advocate magazine to Global Whisky Distiller of the Year, World Whiskies Awards 2015, Benriach has gone from strength to strength. Due to its independent ownership, Benriach has become coveted among investors because of its strong leadership with a fiercely independent and unique character.

For much of its history Ardmore was unheard of by all but the most dedicated whisky enthusiasts, instead contributing to the famous Teacher’s scotch. Ardmore was a highland whisky steeped in tradition, with it being the last distillery in Scotland to switch from fire to steam heated stills in 2001.

It wasn’t until 2006 when an American-Japanese giant drinks producer purchased the distillery that Ardmore’s fortunes exploded. It is perhaps the ultimate triumph of a scotch previously found in blends moving to standing strong as an acclaimed single malt scotch whisky.

Selling well over a million cases a year with a particular brand strength in the titanic Indian and Brazilian markets, while its rare independent bottlings are among the most coveted for collectors. Its prominent Golden Eagle branding is a beacon to the highest of quality for scotch experts worldwide.

If you are interested in acquiring any of the above whiskies or wish to explore our other options, get in touch with us using the form below.