As Canada and Denmark celebrate the ending of the whisky war, we trace back its origins to find out more about this fascinating conflict. 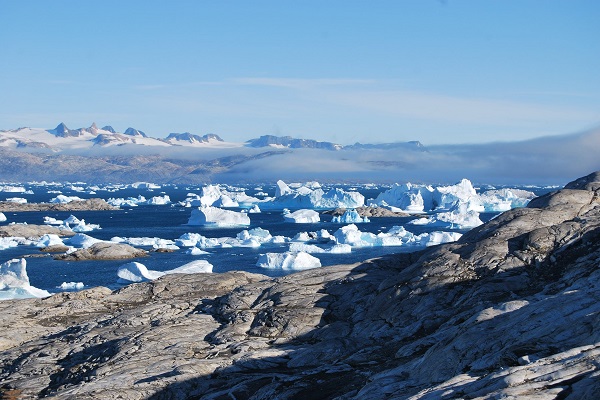 The windswept, desolate outcrop of Hans Island rises out of the frozen waters of the Nares strait. Located between the Canadian Arctic and Greenland, this 1.2sq km rock is the site of a 50 year ‘conflict’ between Canada and Denmark, the weapon of choice, whisky!

Due to the island lying exactly 18km away from both Canadian and Danish (Greenland is a semi-autonomous territory of Denmark) land, meaning that both nations have an equal claim to the island. Since 1971 the two governments have contested the ownership of the island, but things escalated when the Canadians landed boots on the ground in 1984. To mark the event, the maple leaf was raised above Hans Island and a bottle of Canadian Club whiskey was buried nearby.

Not to be outdone the Danish responded, with their Minister of Greenland Affairs,  Tom Høyem, personally setting off in a helicopter to the island. After removing the offending flag and bottle, he planted the Danish flag along with a bottle of schnapps buried in the same location. A sign was left reading: “Velkommen til den danske ø” or in English, “Welcome to the Danish Island”.

Thus what would come to be known as ‘The Whisky War’ had begun! Each side of combatants would land on the island casting down the signs and flags of their rivals and planting either a Canadian Club whisky bottle or Danish Schnapps. Notable belligerents who landed on the island include the crew of the Danish frigate HDMS Triton and Former Canadian Defence Minister Bill Graham. The war even spilled onto the internet, with numerous private citizens placing paid ads on google advocating for their own nation’s claim to the island. For almost half a century this conflict embroiled the bleak little rock, with it unknown what happened to all those bottles of alcohol…

However, this was not to last. In 2022, after years of negotiations the Canadian and Danish governments secured a deal that split the island in two, meaning that bizarrely Canada and Denmark now share a land border.

Overall this light-hearted spat helps to show how the gift of a bottle of whisky can help to show camaraderie, even in the freezing sub-zero temperatures of the arctic circle. If you are interested in our other weird whisky stories, check out the time researchers found Ernest Shackleton’s century old whisky buried in the Antarctic ice.