Find out why a group of researchers are looking to revive disused strains of barley, and what that means for the whisky industry. 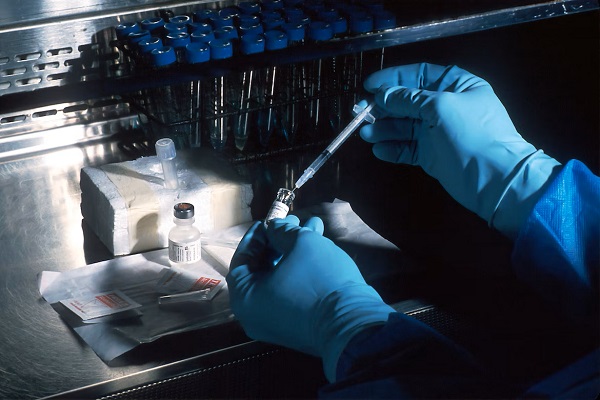 The scotch whisky industry places great value on terms such as heritage and historical accuracy. While many distilleries use the same production methods as they did a century ago, certain ingredients such as barley have changed significantly. Strains of barley that were once used in whisky from previous centuries, can fall out of favour and even go extinct.

Every decade a new story comes out about a hopeful group of scientists looking to revive long extinct species such as mammoths and dodos, as though the Jurassic Park movies were not enough. But few would conjure images of barley when discussing de-extinction. Nonetheless a group of researchers from Heriot Watt University are working on reintroducing long lost strains of barley, to the palettes of whisky drinkers across the world.

As with all domesticated plants and animals, the products we consume have changed significantly over the centuries through artificial selection. The best traits are refined over the time as specific traits such as drought resistance and higher yields are bred into them. This process can mean that due to the changes in strain, the barley used in modern whisky is very different to its predecessors.

The scientists are aiming to recreate these strains of barley in order to understand the differences in flavour profiles and create whiskies which taste similar to those consumed 100 years ago. Over the next six years, the scientists hope to bring back eight different strains of defunct barley, returning them into wider circulation. Three such examples of these extinct or redundant barley strains up for revival include:

This barley has its origins in Moravia, in the modern Czech Republic. Back in 1842, when the nation was still part of the Austro-Hungarian Empire, this strain of barley was used in the very first golden-blond Pilsner lager. From these origins it rapidly took Europe by storm, being one of the most popular brewing barleys in the world. It would not be until 1958 that the last crops of it were planted, however, many brewing barleys still carry its legacy within their own genetic makeup. In total over 137 different strains of European barley are descended from this common ancestor.

While the industrial revolution was reshaping the cities of the United Kingdom in the early 1800s, a similar such revolution was occurring at the farms of the rolling countryside. Where once strains of barley were highly regionalised with little uniformity in yields and heavy hybridisation due to mixed seed fields, the demand for alcoholic beverages from the ever growing populations of the cities required more productive crops.

From this demand, Chevalier became the dominant strain of barley in the United Kingdom for the next half a century and only fell out of favour in the 1880s when the prime minister William Gladstone repealed the Malt Tax, leading to brewers and distillers importing more foreign barley. World War One would prove to be the death-knell for the crop, as fields switched from producing barley for distilling to animal feed and wheat. Despite this Chevallier still won at the Brewers’ Exhibition in 1914. In recent years the Holyrood Distillery has experimented with using this vintage barley in its drams, with tasters reporting an oily texture.

Much younger than the previous two strains, but no less important, Golden Promise stands out as spurring the most interest for whisky lovers. Originating in the 1960s, it was the first strain of barley to be officially protected under the UK 1964 Plant Varieties and Seeds Act. The first plantings in Scotland began in 1968, although it was originally developed in Cheshire. Its short height made it ideal for the long summer growing season of Scotland and thus was widely adopted by the scotch whisky industry.

Of particular note is that The Macallan used 100% Golden Promise in its single malts, the same single malts from the 60s and 70s that now sell for record prices. At its height over 400,000 metric tonnes of the strain found their way into scotch whisky. Critics have called whiskies from this barley ‘gutsy, oily, with a certain creaminess’. Despite this praise, its dominance was not to last. By the 1990s more efficient barley varieties emerged, with greater resistance to mildew fungus and higher yields, thus it fell out of favour as simple economics took over.

What does all this mean for whisky and whisky investment?

For whisky investors and collectors, the revival of these new strains of barley represent an exciting glimpse into the past. To be able to drink the whisky that would be recognisable in flavour to figures such as Queen Victoria and Mark Twain is an enticing prospect. Whisky fans get few chances to explore the history of scotch in such a tactile way, which means that releases incorporating these barley strains are likely to be in high demand. Although the project at Heriot Watt University is taking place over the next six years, it may be longer before you can try these vintage drams.

Whisky is far more than just its component materials of grain/barley, water and yeast. There is a rich history in each choice a distillery makes in sourcing its core elements. If you wish to find out more about the terroirs of whisky, or what is peated whisky, or the importance of nature in the production of whisky, see our blog for more information.