With the announcement of Liz Truss as the next UK Prime Minister, what does this mean for the whisky investment ecosystem? 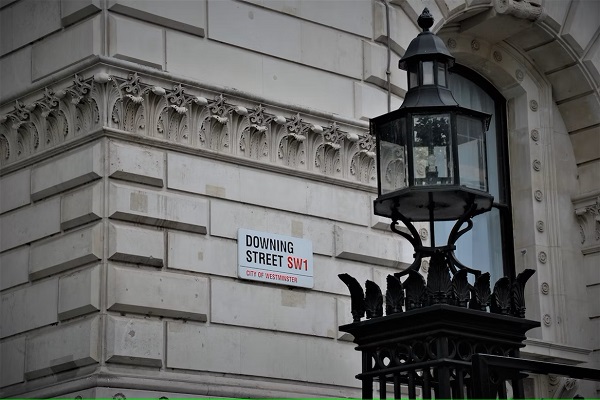 Update 21/10/2022 - This article is out of date due to the recent circumstances of Liz Truss resignation. We are currently awaiting news on the new Prime Minister, be sure to check back for our latest reports.

In this article we will examine the latest announcement that Liz Truss will take the helm as Prime Minister of the United Kingdom, and what that means for the whisky investment ecosystem. This article is not an endorsement nor denigration of UK politics but merely an examination of the ramifications and its impacts upon our market.

Liz Truss’s early days mark her as somewhat of an outsider to the Tory Party establishment, having been a Liberal Democrat as a student before switching to the Conservatives in 1996. She spent a large part of her career working as an accountant with her political career taking a backseat. Truss would eventually assume office in 2010 as an MP for South West Norfolk.

For the whisky industry Liz Truss' more recent stint as Secretary for International Trade is possibly the best indication of what to expect under her leadership. Post-Brexit the UK government was keen to sign as many trade deals as possible with a number of nations, Liz Truss was the one put in charge of this initiative. While most trade deals were simply ‘roll-overs’ from pre-existing deals while the UK was an EU member, under her leadership a number of new trade agreements were signed.

These trade agreements were all aimed at reducing tariffs on a wide range of products and services, but of particular note is the removal of tariffs on scotch whisky. Throughout the new trade agreements signed with Singapore, Australia and New Zealand are the frameworks for the legal protection and tariff reduction of scotch whisky. This allows for the UK to export whisky in a more efficient and cost effective manner. For whisky investors the removal of tariffs on scotch whisky is incredibly useful, as it increases the demand for the product by allowing a wider range of consumers access to the product.

With Liz Truss as Prime Minister it can be expected that these tariff reduction priorities will continue during the current negotiations with India, Mexico, Canada, USA and Israel. Ideologically, Truss is heavily in favour of tariff reduction and free trade agreements, having written about it as one of the driving forces for the British economy in the book: “Unchained Britain” (2012). Meanwhile even in the early stages of her career she has espoused the virtues of British Food and Drinks products, (in)famously during a speech she spent a large amount of time complaining about the lack of cheese exports. All of this goes to show a Prime Minister who is keenly aware of the need to increase the exports of UK products such as whisky.

Liz Truss’ leadership campaign included a stop at the Benriach distillery to assure her support for the industry. Her platform during the campaign has been focused on cutting taxes and so the whisky industry holds its breath hoping for similar duty reductions to be implemented on scotch, which currently pays at a 70% rate. Many in the industry privately feared Rishi Sunak becoming Prime Minister, due to his inaction to the scotch industry’s pleas and being a teetotaler in his private life.

In all the future looks bright for whisky investors, due to Truss’ background in International Trade and her preference for free trade agreements. The real question is whether or not the industry will receive further support back home with the reduction in alcohol duties, however with her interests in cutting taxation it could be likely. If you wish to find out more about whisky investment, reach out to us today.